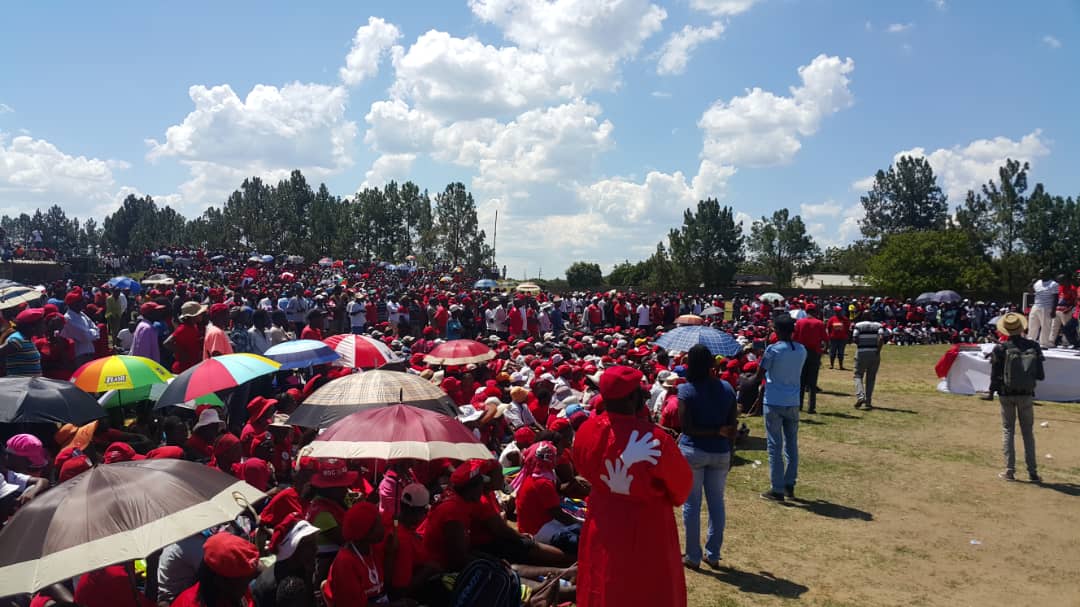 Chamisa warned Mnangagwa that his party is giving him a short period of time to talk, failure to do so and the MDC will ‘shut down’ Harare. Said Chamisa:

Last month there was a stay-away called by our mother, the Zimbabwe Congress of Trade Unions and we took heed to it as we are a child of ZCTU. Now, we are saying we want dialogue with (President) Mnangagwa.

I know you are asking yourselves a question, if (President) Mnangagwa refuses dialogue what will we do? We said we are giving him a short space of time to conclude dialogue and do away with the election mode. The country cannot be perpetually in an election mode.

We want to close the election mode and go into economic transformation. We will call our membership from across the country and engage in democratic mass action and shut down Harare.

(President) Mnangagwa you will give me two years (to govern the country) and govern for two years and we interchange like that as we rule our country together.

Political dialogue is a necessity to unlock the political stalemate in the country. That is the agenda we have for this country. We are saying (President) Mnangagwa give us signals of sincerity.

We don’t want to see soldiers on the roadblocks, they should go to the barracks where they belong and in the event, we are invaded they take up arms and defend the country. We want to dialogue in the country.

Chamisa was speaking at a ‘Thank You Rally’ rally at Mkoba Stadium in Gweru, the Midlands provincial capital. The rally was attended by thousands of people.