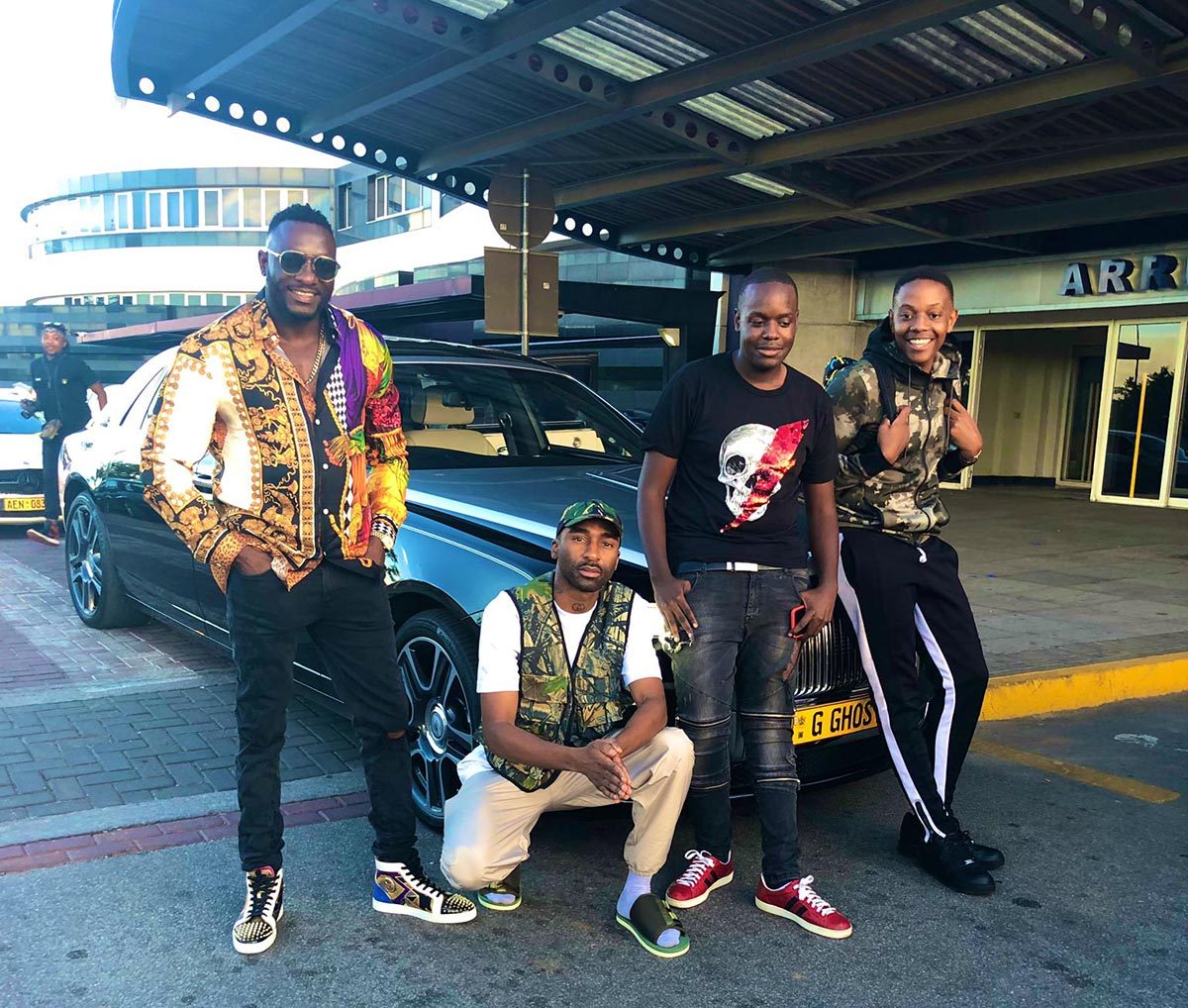 The duo’s ‘stunt’ came the same day that former Sunday Mail editor Edmund Kudzayi appeared in court for being in possession of a camouflage umbrella.

Chatunga and Ricky Rick touched down at the Robert Gabriel Mugabe International Airport where they were received by socialite and businessman, Genius “Ginimbi” Kadungure.

The laws of Zimbabwe criminalises the wearing of camouflage by civilians.

Section 32 of the Criminal Law (Codification and Reform) Act outlaws the possession and wearing of “any camouflage uniform.”

It defines camouflage uniform as “any article of wearing apparel made of material carrying military-style camouflage markings.”

Ricky Rick was due to perform at Ginimbi’s Club Sankayi in Harare on Saturday night.

Edmund Kudzayi (born 8 December 1986) is a Zimbabwean journalist and media professional. He is a former editor for the state-run weekly newspaper the The Sunday Mail where he was appointed by then Minister of Information and Publicity, Jonathan Moyo. He is mostly known for... Read More About Edmund Kudzayi