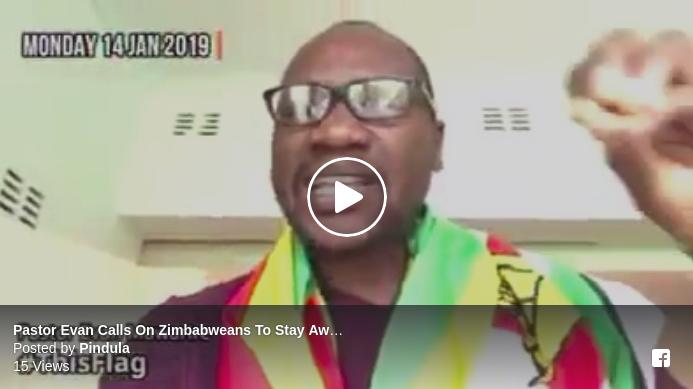 ThisFlag flagbearer pastor Evan Mawarire has laughed off allegations made against him by Jealousy Mawarire, spokesperson of the opposition party, National Patriotic Front.

The NPF official has suggested that the clergyman is working in cahoots with the country’s military. In response, pastors Mawarire said:

So apparently I’m now a military agent coz I refused to wish Mugabe a happy birthday and instead opted to forgive him😂😂😂the creativity is amazing. Please do tell the same army to help (since I’m their agent) remove current charges of attempting to overthrow their government😂.

The Mugabe-linked party spokesperson had released a statement which reads as follows:

The other side you dont tell pple is that u opposed him at the behest of the army, they gave you protection which was never given to those vawakaitisa, they bought you & your family air tickets, hapana chatisingazivi vakuru. Enjoy working with the army, your work isn’t finished.