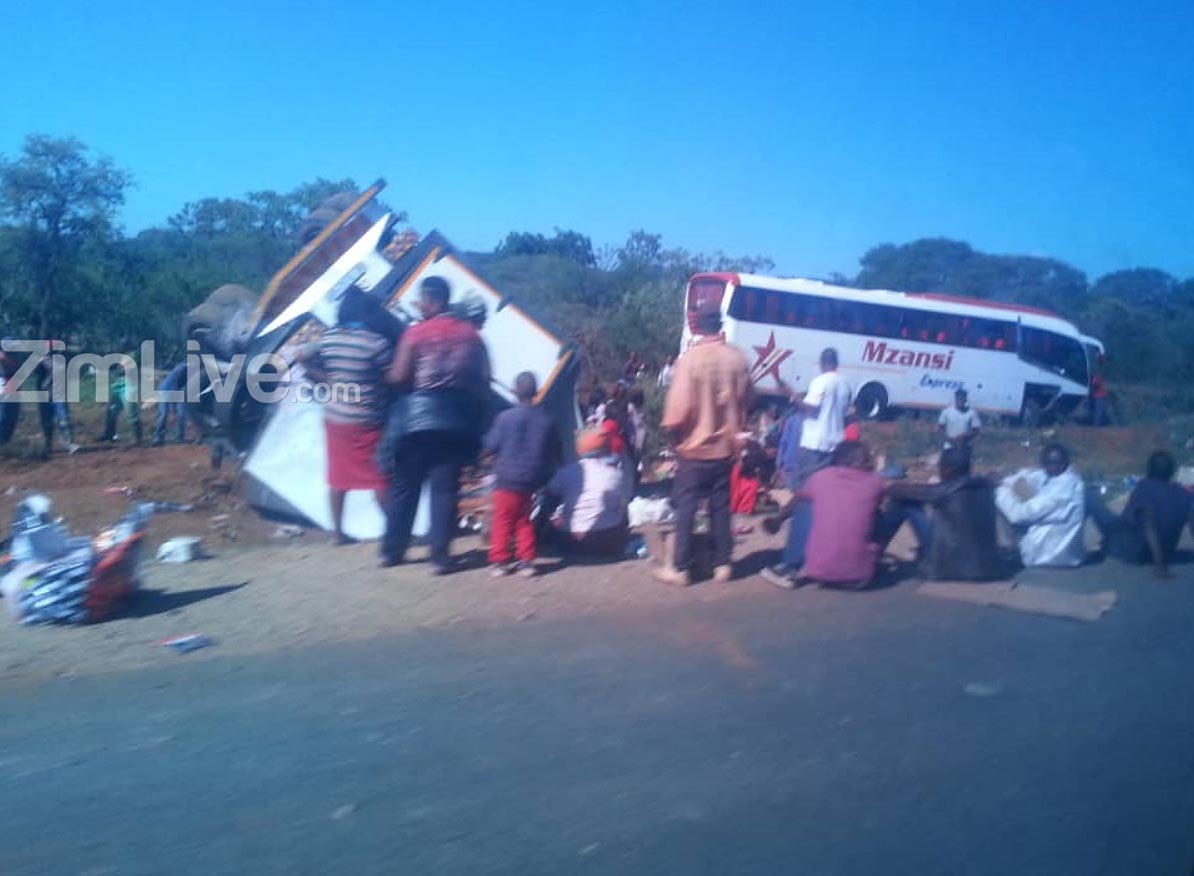 A Mzansi Express Bus was on Wednesday morning involved in an accident about 10 km from Gwanda town in Matabeleland South Province.

The bus was coming from Johannesburg, heading for Bulawayo.

It was carrying over 50 cross border traders when its trailer became detached causing the bus to veer off the road.

The bus avoided collision with trees, and police say that there were no serious injuries.

It suffered damage to the front while the trailer, which overturned, fell about 50 meters from the bus.