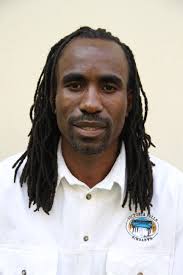 The MDC party has bemoaned the continued harassment of its activists in Zimunya area by armed soldiers since the January fuel protests.

A statement issued by the provincial spokesperson Trevor Saruwaka details the alleged brutal treatment meted on members of the same family by military personnel. The statement reads as follows:

Robert Saunyama, popularly known as Jack Roberts, of Zimunya Township in Mutare South and his younger brother and Chikanga-Dangamvura’s Ward 6 Councilor, Danmore Saunyama, are reported to have been abducted by ZNA soldiers suspected to be from 3/1 infantry battalion around 2130hrs yesterday.

Jack Roberts is the MDC District Chairman for Mutare South, a constituency he contested for representing the MDC Alliance as a parliamentary candidate in the 30 July harmonised elections.

The soldiers are reported to have arrived in an unmarked Toyota double cab truck. They numbered around 8 and were heavily armed.

They forced their entry into Jack’s house where he was hosting his brother who had visited him with his wife and that of his other brother Jericho. The soldiers started assaulting the wives of the three brothers and their children, together with Clr Danmore.

All this while four soldiers were training their guns on Jack Roberts threatening to shoot him should he attempt to fight them.

The victims of this barbaric military brutality bled profusely and suffered various degrees of injuries.

The soldiers then bundled the two brothers and took them to an unknown destination.

This brutality is coming only there weeks after we buried Noah Sahumbe of Zimunya Township who succumbed to injuries he sustained after beatings by soldiers from 3 Brigade.

Zimunya Township has been a little hell since the stay away disturbances.

What is clear from this incident is that Zimbabwe is descending into a dark period of kidnappings, abductions, beatings, murders and extrajudicial killings.

The dark days of gukurahundi and 2008 run-off killings are upon us once again.

One cannot fail to link the veiled threats by Mr Mnangagwa over the weekend in Masvingo province with this heinous operation.

It’s clear the junta has stepped up the terror campaign against ordinary, peace-loving citizens.

Is this the new dispensation? Clearly, there is nothing new but a continuation of Mugabe’s legacy of brutality.