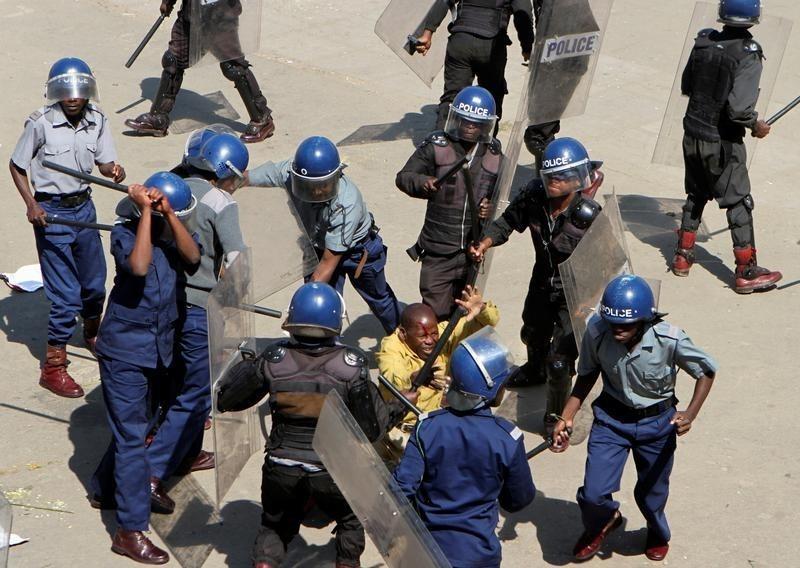 President Emmerson Mnangagwa has warned that any future protests will be dealt with ruthlessly, as happened in January.

He added that the government deployed soldiers to “silence” that who were making noise. The soldiers and other security forces were accused of brutalising civilians, a charge the government has strenuously denied.

Mnangagwa advised people to stay at home during future protests for their own well-being. He spoke while addressing thousands of ZANU PF supporters at a rally in Mwenezi on Saturday. He said:

We saw them burning police cars and killing cops, where else have you seen that? But we said no, we do not need violence. We deployed soldiers to stop the protesters and they quelled the disturbances.

Now they are planning more chaos, but we are telling everyone in the country that if you do not want peace, take part in the noise!

We will sort them out. Those who come to you inviting you to the protests, tell them to pass, what you are saying has bad omens of Legion.

We have information that they are planning another disturbance. Let me tell the nation that those who want to join them, go ahead and those who do not want, I advise you to stay in your homes because we are going to deal with those who want violence.

In Harare and Bulawayo violent protesters were preventing people from going to work and even burning buses. We don’t want violence, so I said soldiers go and silence these people, they were silenced.

2 comments on “Mnangagwa Warns Future Protestors; We Will Silence You”