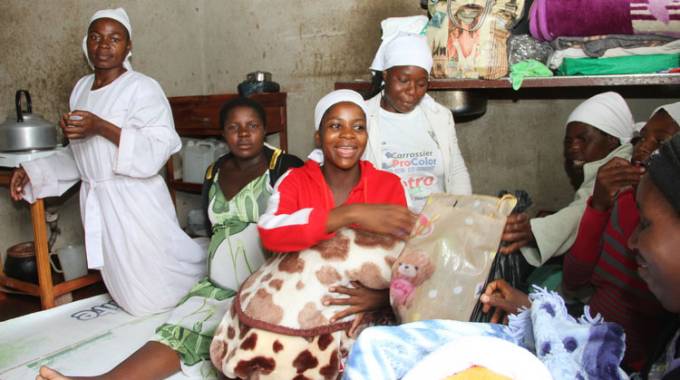 A member of the Johane Masowe ye Chishanu apostolic sect, Vongai Matara Gondo (30) claims that she has helped 157 to deliver.

Speaking to The Sunday Mail, ‘Madzimai’ Vongai said that she is a midwife by calling. She revealed that her first midwifery task was when she helped a 23- year old to deliver her firstborn child in Chitungwiza. Said Vongai:

My parents attended the Ruponeso Apostolic Church but later on moved to Johanne Masowe in 2006. When I was a girl, it was prophesied that I have a gift of helping women deliver but by then, this prophecy did not make sense to me.

At church, I would be tasked to pray for pregnant women who were not feeling well and to my surprise, they would be healed. I, however, did not see myself going further than that.

… Many people seek my services and I hardly sleep at times. For those who come here for deliveries, I make it a point that they bring their own antiseptics so as to avoid infections.

Johane Masowe is one of the pioneering and most prominent founders of Independent African Churches in Zimbabwe. He is the founder of the Gospel of God Church in Zimbabwe although the religious sect has been popularly identified as Johane Masowe Read More About Johane Masowe