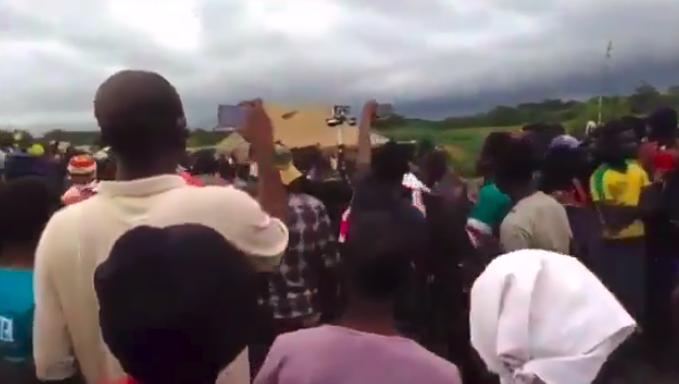 A crowd that had gathered to witness the rescue of miners at Cricket Mine in Kadoma cheered as survivors were pulled out of the mine. As of midday on Saturday, 8 miners had been rescued.

The miners were trapped on the night of Wednesday 13 February after heavy rains resulted in the collapse of a dam releasing water to the small scale mines. Between 60 and 70 people are feared dead.