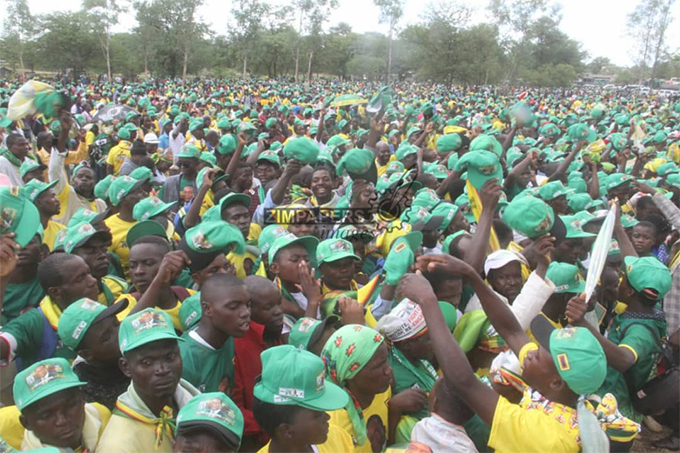 President Emmerson Mnangagwa pulled a crowd of several thousands of people at the Mwenezi Thank You rally held earlier today. The rallies have been organised for Mnangagwa to thank Zanu-PF supporters for voting the party into government in the July 2018 elections.

At the rally, Mnangagwa called for peace in Zimbabwe but threatened that those that cause disturbances will be dealt with accordingly.

“The violence we are witnessing now is what MDC Alliance was referring to ‘pavaiti tichadira jecha musadza’. As Zanu-PF we will continue to preach peace to develop our country. In Harare and Bulawayo the violent protesters were blocking people from going to work. We said we don’t want violence. We deployed the army to restore peace and order. There is now peace,”

Mnangagwa also said that the government is compiling the list of NGOs who supposedly worked with MDC Alliance in causing the January disturbances:

We have violent disturbances organised by MDC Alliance and some NGOs. We are compiling the list of those NGOs. They looked and damaged property especially in Bulawayo. They burnt police vehicles and killed police officers,