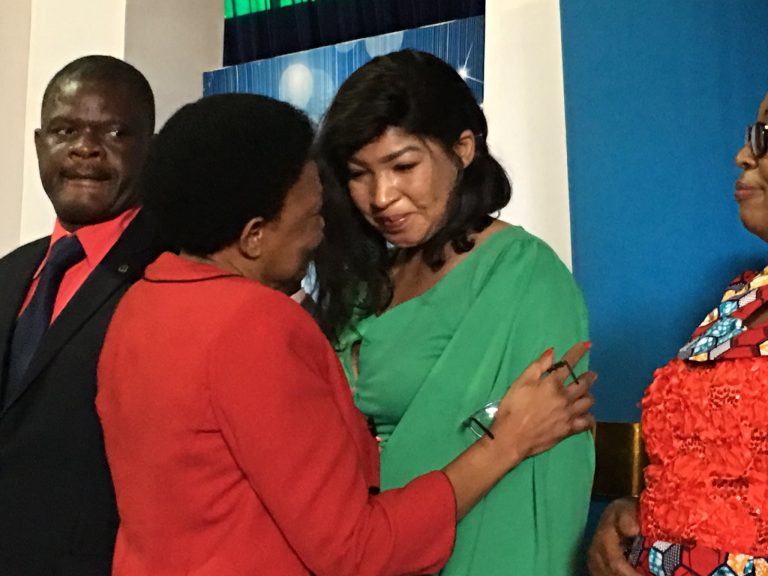 The widow of Morgan Tsvangirai, the late founding president of the MDC, Elizabeth Macheka revealed the hitherto unknown details of his last days.

Macheka was speaking at a memorial service of the late Tsvangirai at the Harare Exhibition Park. She said:

He was a very brave man, very courageous and he was just a hero. He was a patient man that at times you would wonder whether he was angry or not. When you expected him to be angry, he would maintain his cool.

We went to the doctor and all the tests were done, so we were waiting for the results for about two hours. I could see that his body was not well, but he put on a brave face and insisted that he was OK.

After two hours, the doctor came and he said ‘unfortunately, I don’t have good news for you’. This doctor is a white Zimbabwean working from South Africa. He looked at Tsvangirai and did not know where to start.

Then he looked at me. I was shaking. I could see that he was trying to console me. We were given the results. The doctor was crying, and he said we have less than 24 hours to go for the operation because cancer has spread to other parts of the body.

I was in tears. The doctor was crying, but instead of him (Tsvangirai) being worried, he was busy consoling me and the doctor. That’s how strong he was.

… During his last months, we went to East Africa. We had doctors from France, the United States and India who came to try and find if they could help him. A lot of people knew Tsvangirai, he was just a hero and he was loved.