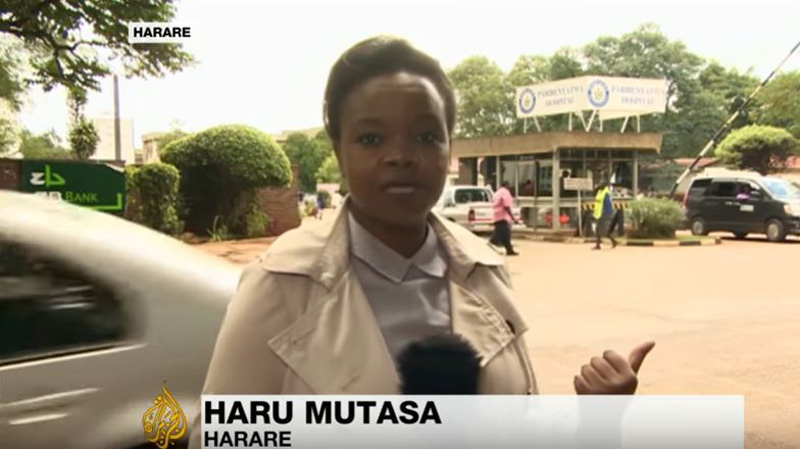 Al Jazeera journalist Haru Mutasa announced on Twitter that she was denied a visa by the United Kingdom.

In a tweet, Mutasa said she was denied a visa because the UK did not know if she will return back home. Said Mutasa:

In the 2nd Republic our default has always been to clear foreign journalists to practice their trade in our country, notwithstanding that some of the reportage we received is deliberately unfair and dishonest. We hope the same courtesy will be accorded to our own professionals

Ndabaningi Nick Mangwana is a politician, political analyst, Permanent Secretary in the Ministry of Information, Publicity and Broadcasting Services and a member of Zanu-PF. He was the chairperson of Zanu-PF U.K chapter. Mangwana was popular with his column View from the diaspora which is published... Read More About Nick Mangwana

Haru Mutasa is a Zimbabwean-born broadcast-journalist currently working for Al Jazeera English as an Africa correspondent. On 15 October 2019, Mutasa announced on Twitter that she was leaving twitter due to cyber bulling on the platform. Read More About Haru Mutasa