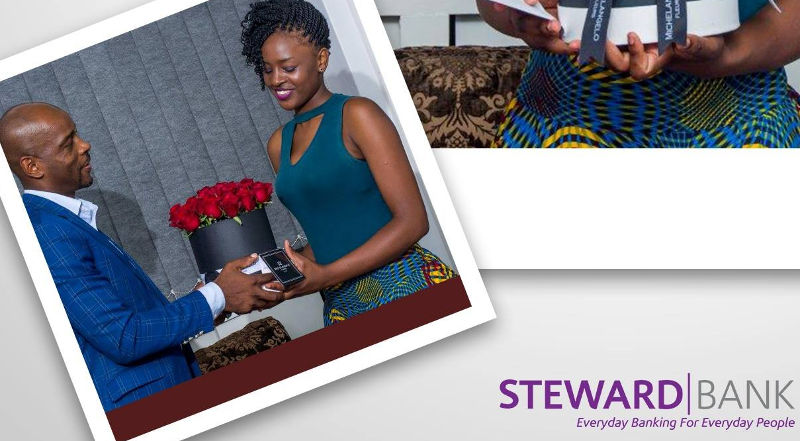 Lorraine Guyo, popular for her Ndinyengeiwo video that went viral, has attracted some brands that have featured her in their adverts. These include one of the largest local financial institutions Steward Bank, a popular clothing retail brand JanJam, an upcoming fast food chain Mambo’s and a gadgets brand, Avion.

Here are some pictures of her appearances in the advertising of these companies which are riding on her popularity wave:

Lorraine Guyo is a Zimbabwean internet celebrity who got famous after posting a video on social media asking that men propose love to her ahead of Valentine's Day in 2019. She came to be known as the Ndinyengeiwo girl as the video went viral. Read More About Lorraine Guyo

JanJam is a clothing store chain in Zimbabwe with a focus on high-end men's fashion. It was founded by Cynthia Bizure in 2012. Bizure eventually opened JanJam Ladies in 2017. Read More About JanJam