This comes after President Mnangagwa dissolved ZACC amid claims that it had become a white elephant, with some of the members allegedly involved in corrupt activities, while others were dabbling in factional politics. Mnangagwa, through his officials, reportedly forced Zacc chairperson Job Whabira and his commissioners to resign so that a new team could be established. There were reports that Justice ministry secretary Virginia Mabiza is tipped to take over as Zacc chairperson. Below is the notice calling for public interviews by Parliament: 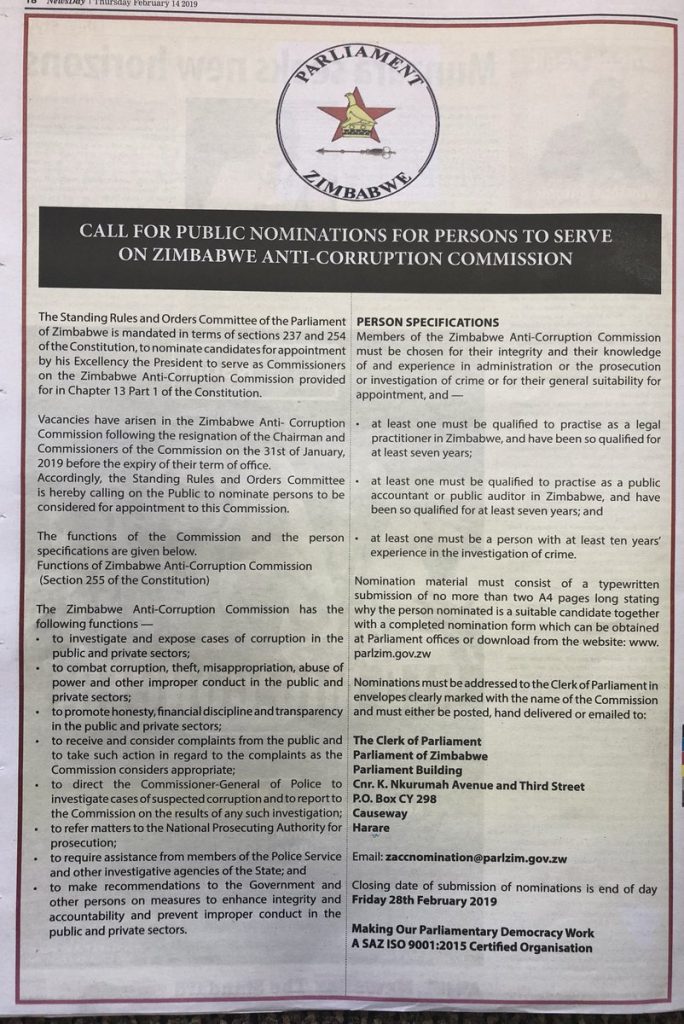