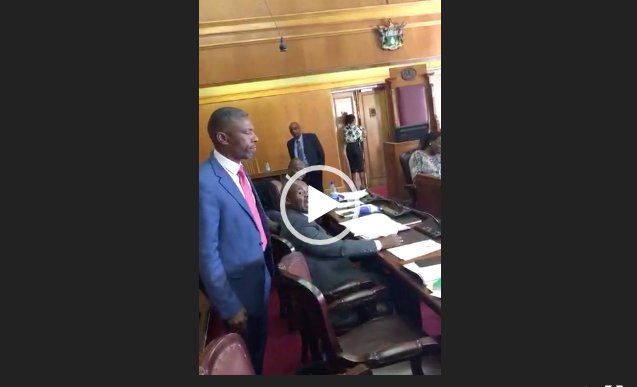 ZANU PF MP for Chegutu West, Dexter Nduna admitted in Parliament yesterday that he had killed  people whose names he does not even know.

Nduna already has a pending case at the courts on accusations of discharging five shots from his 9mm pistol at Chinengundu Primary School during ZANU PF primary elections.

Nduna made the utterances when he threatened Norton member of Parliament, Temba Mliswa (Independent) during a sitting of the Parliamentary Portfolio Committee on Mines on Monday.

Nduna had demanded that Mliswa recuse himself from the Committee since he is under investigation over bribery allegations.

Mliswa hit back at Nduna by alleging that the latter had stolen $10 million from Zimbabwe National Roads Agency (ZINARA). A fuming Nduna then threatened Mliswa with death and added:

There’re some people that I’ve killed whose names I don’t even know.

I’ve now been threatened with death! Where is the ZRP? Self-confession is an easy investigation. Must I report one who has reported himself? Or was it the avenging spirits crying out through him?