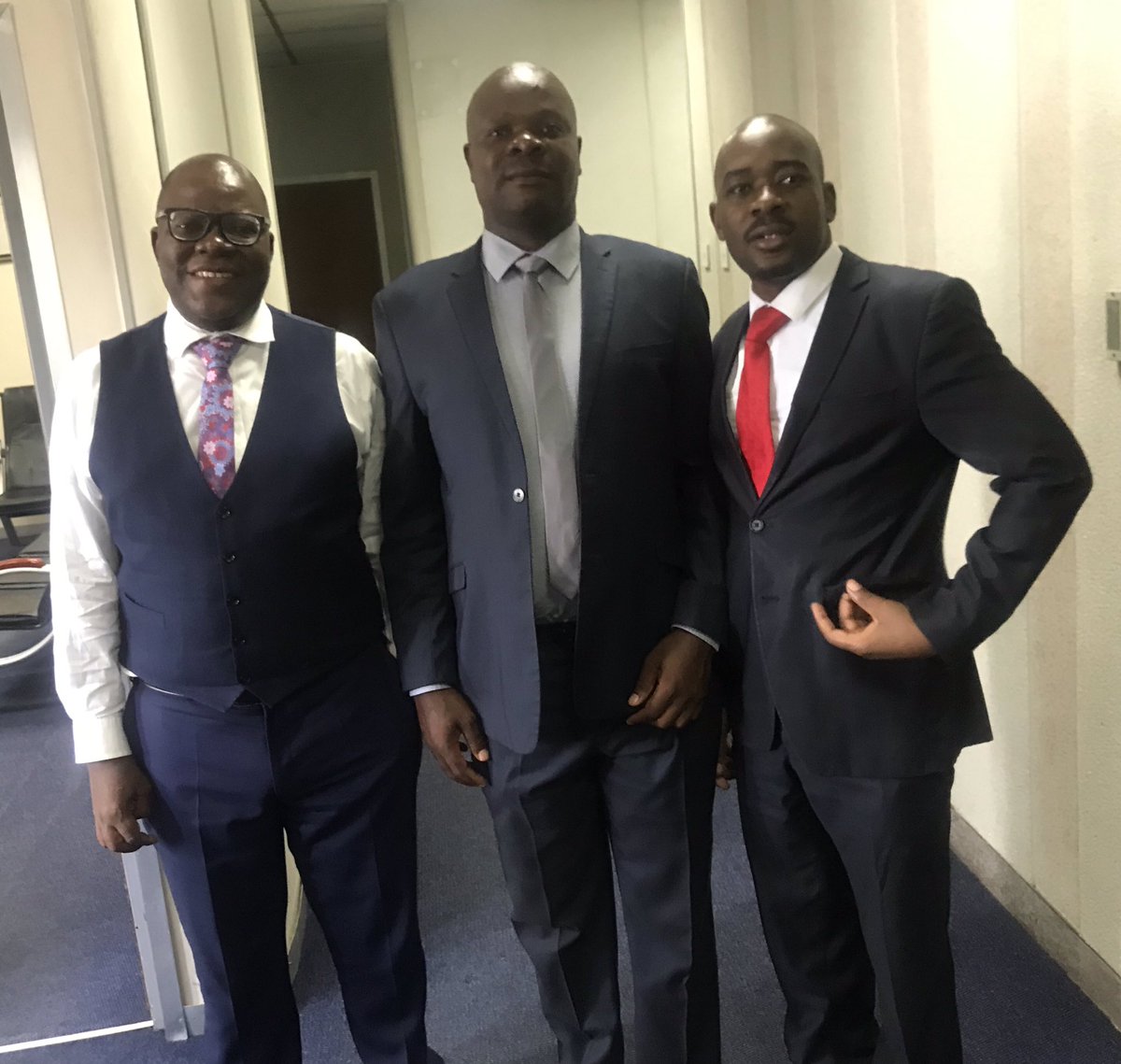 Chibaya and over 100 other people were arrested over the violence that led to the looting of shops and bars in Gweru on January 16. Writing on social media on Tuesday, Chamisa said:

Back from college…So glad to see The people’s commissar Hon Amos Chibaya in high spirit after being released from prison. Hon Chibaya is a peacemaker and hard-worker. The comrade has been targeted because of his indomitability in the fight for democracy and freedom in Zimbabwe.

One Comment on “PICTURES: Chamisa, Biti And MDC Party ‘Commissar’ Amos Chibaya After The Latter’s Release From Prison”