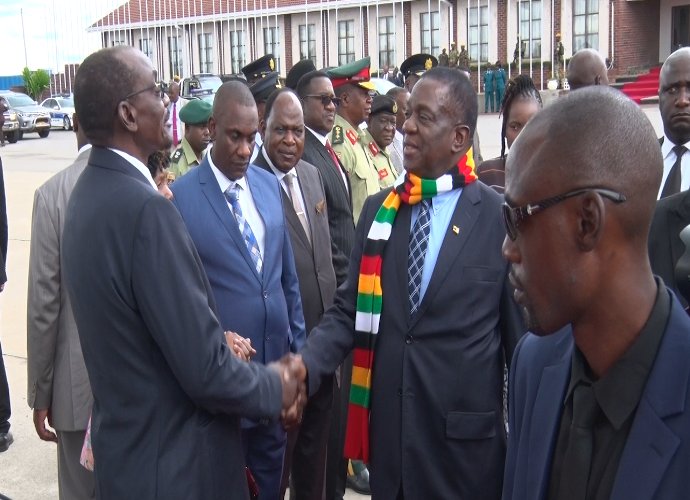 Renowned Zimbabwean constitutional law expert and academic based in the United Kingdom, Alex Magaisa said that President Emmerson Mnangagwa has not only disappointed the people of Zimbabwe but across Africa and the whole world at large.

Mnangagwa came into office in 2017 on the back of a military coup that was highly supported by millions who had become hopeless under the authoritarian leadership of the then President Robert Mugabe. Said Magaisa:

I’ve already met quite a few fellow Africans over here. “How are things in Zim?” they ask. But they ask like guests at a funeral who ask the bereaved “How are things?” You know it’s bad but you have to say something. It’s not really a question. It’s an expression of pity.

After Mugabe’s departure, I wrote a short verse. I expressed the general anguish of being pitied whenever one announced their Zimbabweanness. To that extent his departure represented some relief. It resonated with many who did not want to be pitied. But here we are. Again.

Over the years, I often disagreed with some fellow Africans who, despite noting his excesses, still had a soft spot for Mugabe. But I understood them since they didn’t have to endure his rule. As for Mnangagwa his political currency has no value at all among ordinary Africans.

ED might have the trade union of leaders at the AU on his side, at least in public, but he has no known achievement or principled standpoint that ordinary Africans can identify with. He is known as the ex-deputy who benefited from a coup but has wasted a great opportunity.

None of them can understand how ED failed to take Zimbabwe to a new level after replacing Mugabe. “We celebrated with you,” they say, some shaking their heads under the weight of hindsight. Their look is that of people who feel let down by a stranger they were wishing well.

It is as if they feel a tinge of guilt for having backed something that went horribly wrong. “But this is Africa,” one said with a tone of resignation as he pointed out that while his country had experienced a few leadership changes, the situation is as if it never happened.

It seems the frustration at how things have turned out in Zimbabwe is felt beyond our borders. Such hope, which has turned into utter despair. Fellow African leaders may mollycoddle & comfort ED, but it looks like ordinary people are not as impressed or at least, not as polite.

One Comment on “Mnangagwa Has Disappointed Not Only Zimbabweans, But Ordinary Africans As Well – Political Analyst”