In a statement released on Monday, the Southern African Development Community (SADC) Chairperson, Namibian President Hage Geingob called for the unconditional lifting of sanctions imposed on the country. 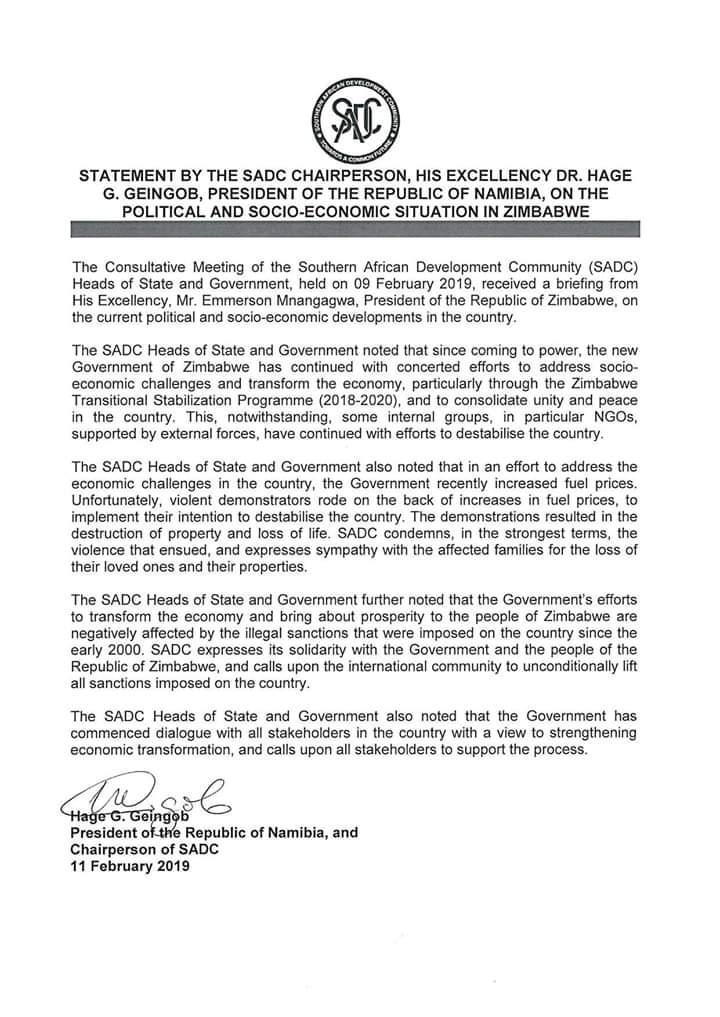 One Comment on “FULL TEXT: SADC Calls For The Unconditional Lifting Of Sanctions Imposed On Zimbabwe”