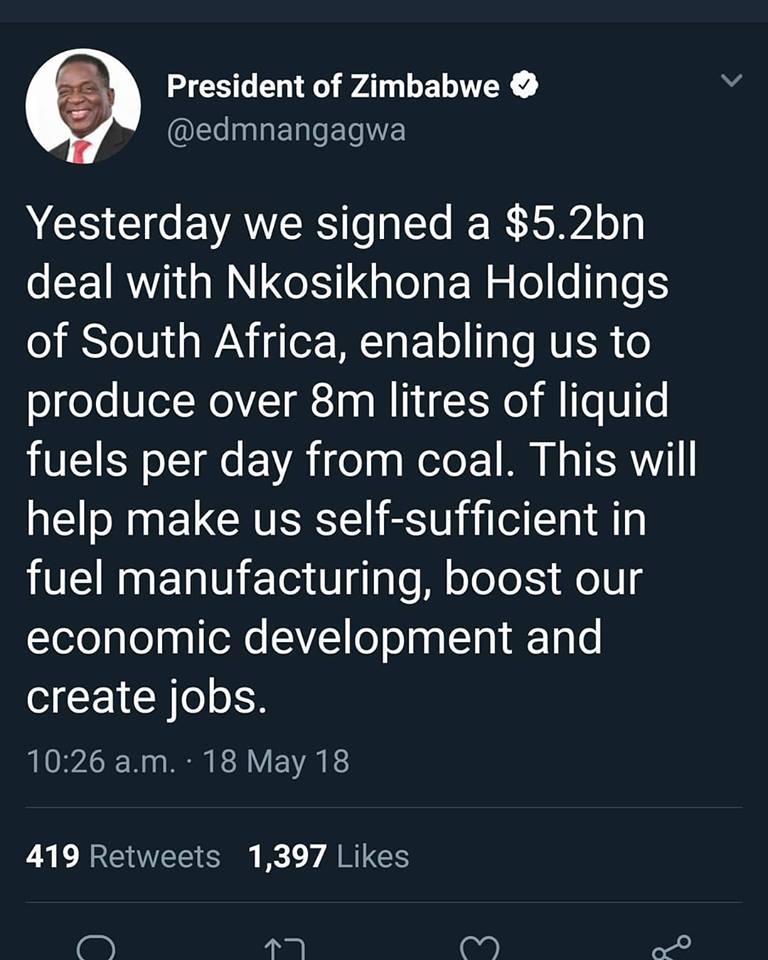 Zimbabweans on Twitter are questioning some unfulfilled announcements of mega deals and promises by President Emmerson Mnangagwa and his party Zanu-PF.

What happened to this mega deal. #Asakhe https://t.co/Br3tqjyXl9

In 2002, ZANU-PF promised 1 million houses. How many were built?