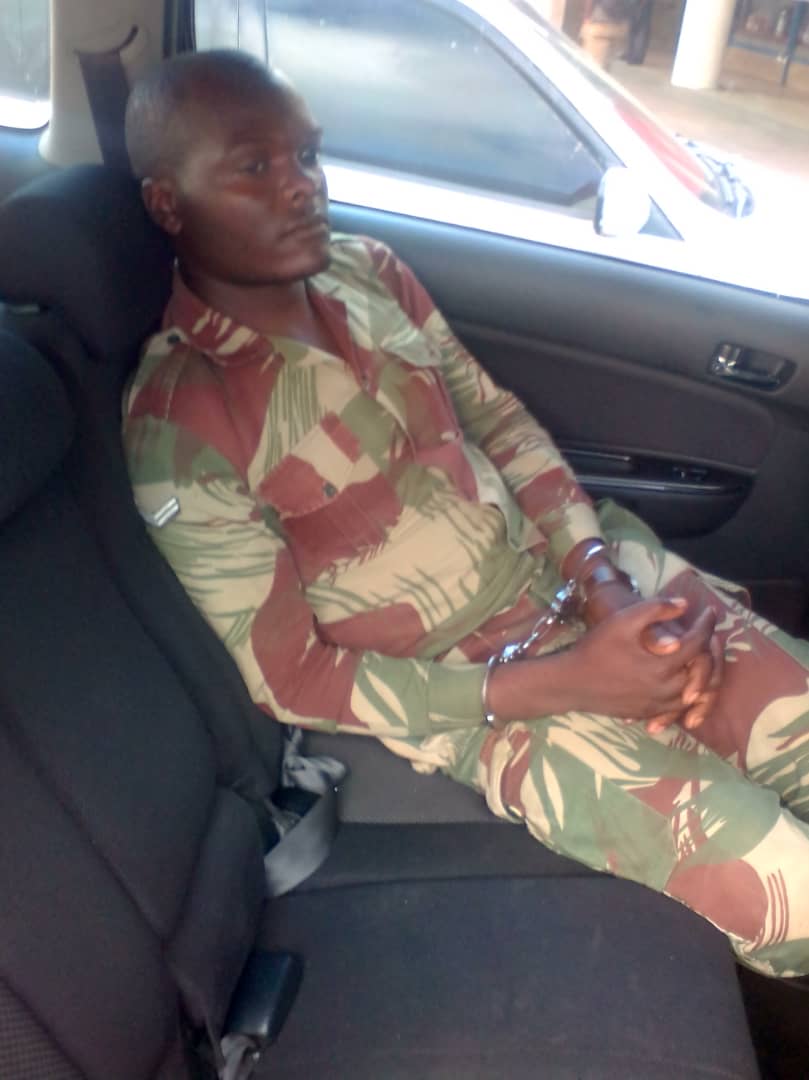 A man who terrorised Harare residents clad in army uniform told prosecutors during his court appearance before magistrate Rumbidzai Mugagwa, that he got the uniform from the ZANU PF headquarters in Harare.

Shepherd Magorimbo was arrested last week and appeared before the court where he revealed that he was a ZANU PF member. When questioned by the prosecutor, Magorimbo’s response was:

We were given the uniform at the party office.

He is currently in remand prison and will appear in court on Monday. Magorimbo is being charged with two counts of robbery.

In one of the alleged robbery incidents, on January 15, Magorimbo together with his two accomplices who were also clad in army uniform, got into Nicholus Mupazi’s vehicle, opened the glove compartment and took R60 and a Samsung mobile phone and went away.

The incident occurred along Baines Avenue in Harare. He was positively identified by Mupazi, leading to his arrest.