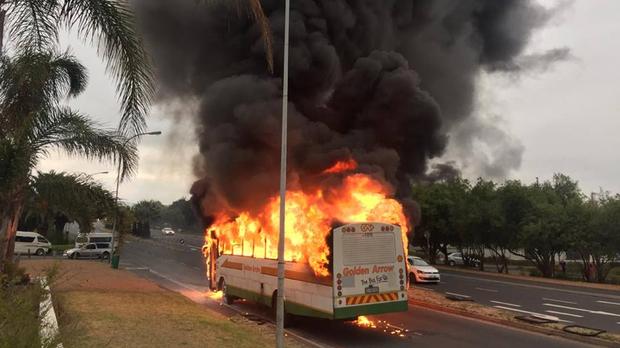 The accident occurred at around 7 am in Main Road according to South Africa police spokesperson Captain FC van Wyk. Said van Wyk:

Emergency personnel on the scene assisted the injured women [who] both suffered slight injuries. It is believed a mechanical fault was the cause of the fire.

The police revealed that two passengers were injured and 66 others were unharmed.

Golden Arrow spokesperson Bronwen Dyke-Beyer said they did not yet know what caused the fire and would launch an investigation.

According to  Dyke-Beyer,  there were seven injuries and all those who were affected received treatment.