The Nelson Chamisa led MDC has dismissed a letter alleging the party’s leader will attend dialogue meetings regardless of venue and or convenor.

The MDC said Chamisa has official channels of communication and warned the public against fake news. Writing on Twitter, MDC said:

Fake letters, fake tweets from a desperate regime. Please note, the MDC and the President @nelsonchamisa have official platforms, through which all official communication is channeled. Beware of fake news.

The letter that has been circulating alleging Chamisa will attend dialogue meetings reads: 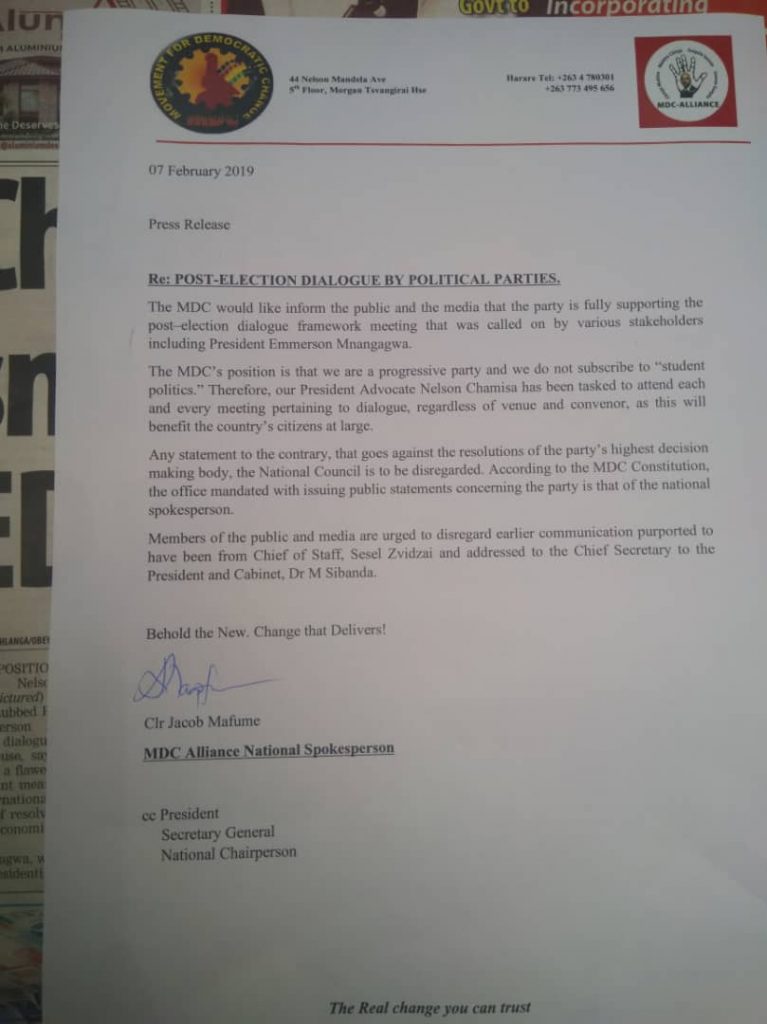