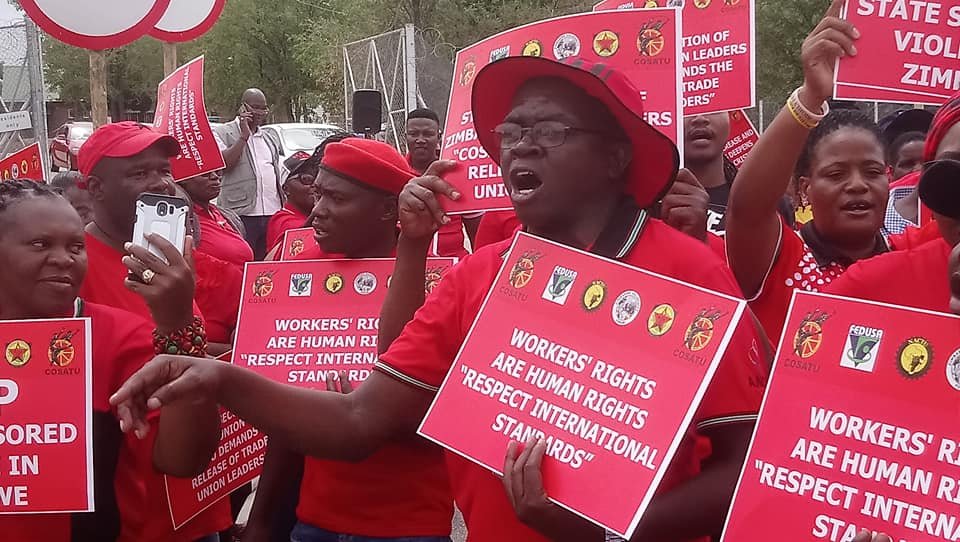 There was an unusually high-security presence at Beitbridge Border Post on Wednesday after the Congress of South African Trade Unions (COSATU), local pressure group #Tajamuka/Sesijikile and Children of the Zimbabwe War Veterans Association made know their plans to demonstrate.

The protests were aimed at expressing solidarity with the harassed ZCTU leaders and displeasure with the way the government of Zimbabwe handled nationwide protests in January after President Emmerson Mnangagwa announced a sharp fuel price hike.

The government responded to the protests by deploying security forces who allegedly moved into the high-density suburbs where they beat up civilians and raped women.

However, #Tajamuka/Sesijikile did not take part in the protests. COSATU demonstrated on the South African side but was not allowed to block the main highway linking South Africa and Zimbabwe.