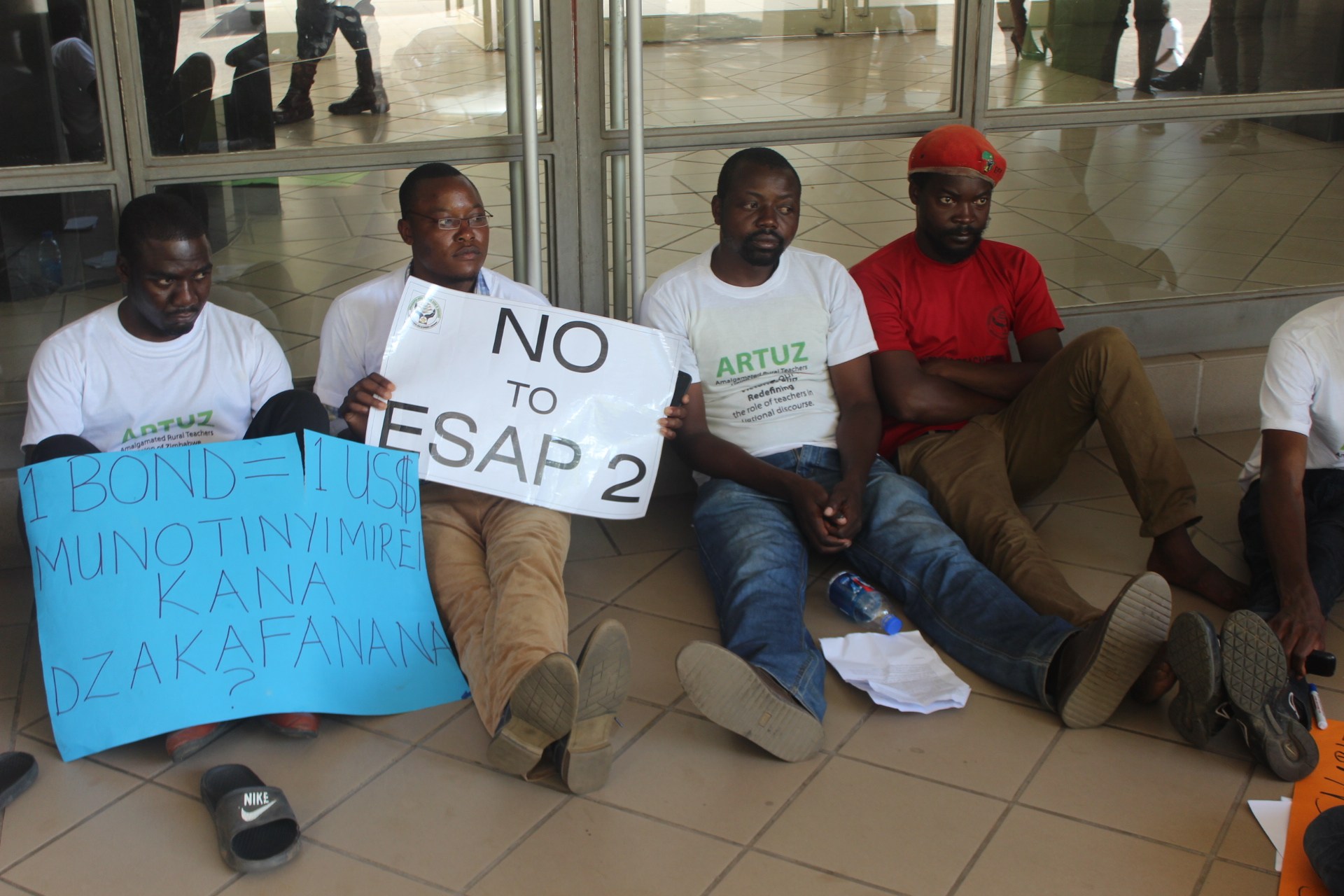 The Zimbabwe Teachers Association (ZIMTA) has advised the government to stop intimidating teachers who embarked on a strike on Monday (yesterday) citing poor working conditions.

The two largest teachers’ unions in Zimbabwe, ZIMTA and the Progressive Teachers Union of Zimbabwe (PTUZ) joined hands and issued a joint statement last Thursday, calling for the strike.

Some teachers turned up for duty because they were afraid of being fired. A Harare teacher who spoke to NewZimbabwe.com on condition of anonymity said:

You may recall that, at one point, nurses were fired and recently government attempted to sack all doctors had it not been of their unity. So, we have no choice except to turn up for duty.

ZIMTA president Richard Gundani revealed that he was aware that the government may resort to arm-twisting striking teachers but he warned that his union will respond in kind. Said Gundani:

We are aware of the fact that government has been registering unemployed teachers, but our members must not be intimidated by such moves because we actually called for it.

However, if that happens then we will be left with no choice except to respond accordingly.