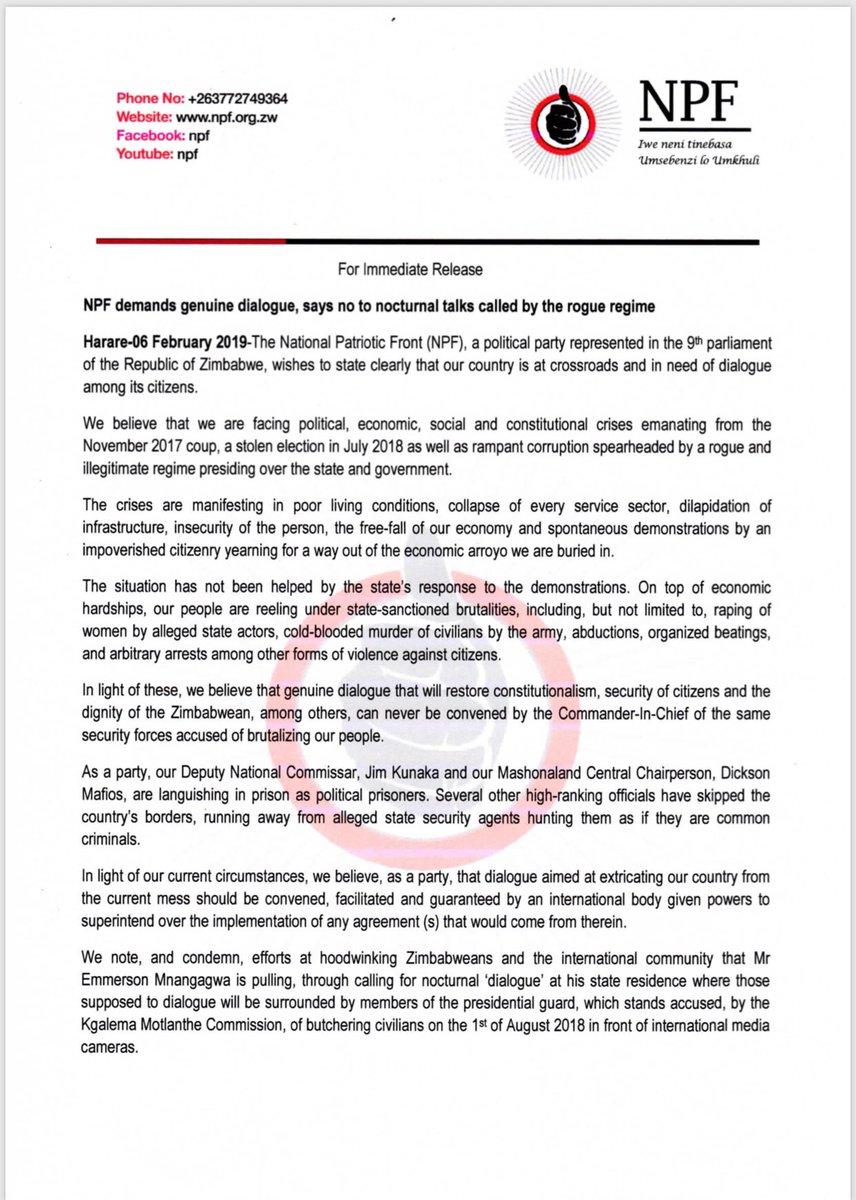 National Patriotic Front (NPF) spokespesrson Jelousy Mawarire said that his party, the only party with a representative in parliament outside Zanu PF and MDC will not take party in the dialogue called for by President Emmerson Mnangagwa.

In a statement released on Monday, Mawarire scoffed at the call for dialogue by President Emmerson Mnangagwa saying meaningful dialogue cannot be called the Commander in Chief of the security forces brutalising people in the country.

He said that Jim Kunaka and Dickson Mafios are languishing in prison while several high ranking officials having skipped the country running away from alleged state security agents hunting them down.

He condemned what he termed efforts to hoodwink Zimbabweans and the international community that Mnangagwa is pulling, through calling for nocturnal dialogue at his residence where they will be surrounded by the Presidential guard, accused of butchering civilians on 1 August 2018. 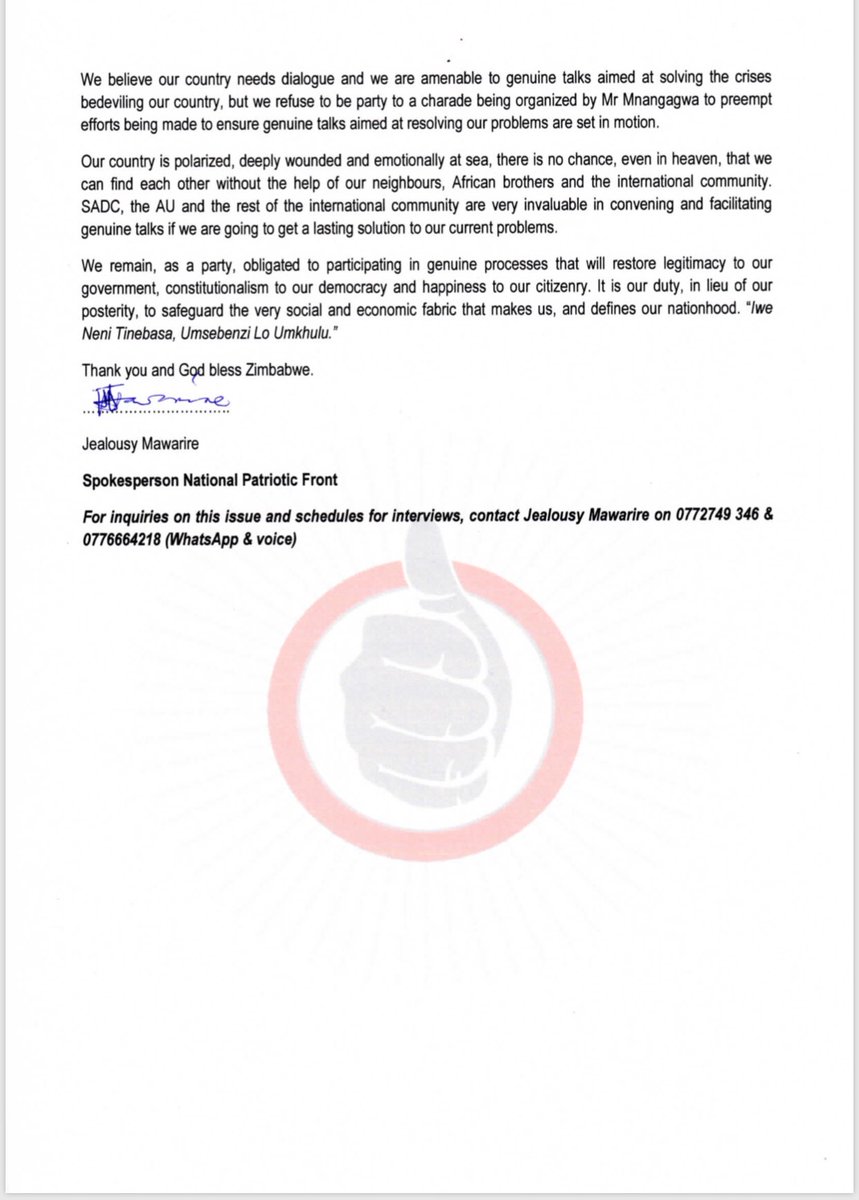