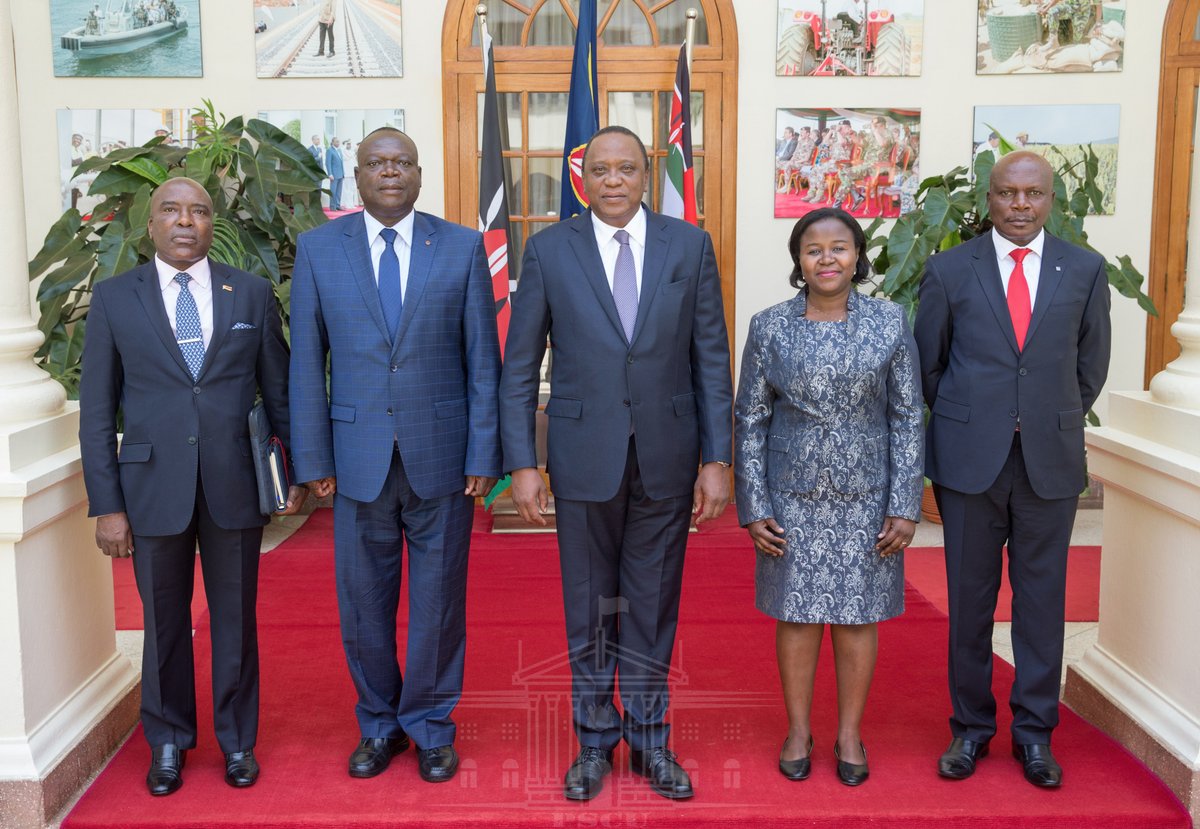 Kenyan President Uhuru Kenyatta said his government will support Zimbabwe and ensure that sanctions against the Emmerson Mnangagwa led country are removed.

Kenyatta met with a special envoy from Zimbabwe led by the country’s Minister of Agriculture Perence Shiri in Nairobi on Wednesday. Kenyatta’s remarks come a day after the UK’s Minister for Africa Harriett Baldwin said that the British government planned to add more Zimbabweans to the targeted sanctions list. Speaking on Twitter after meeting Shiri, Kenyatta said his country stands in solidarity with Zimbabwe. Said Kenyatta:

#Kenya continues to stand in solidarity with #Zimbabwe as the country works to solve its challenges. Imposing sanctions on a country is like tying somebody’s hands and feet. We will give our support to bring back Zimbabwe to the global platform.

One Comment on “Kenya Pledges To Help Zimbabwe Get Sanctions Removed”