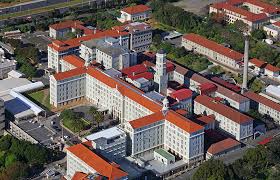 Zimbabweans based in South Africa on Monday took to the streets demanding that vice president Constantino Chiwenga who is believed to be receiving treatment in the country be deported.

Reports indicate that Chiwenga is admitted at Groote Schuur Hospital in Cape Town. Hordes of Zimbabweans picketed at the hospital demanding that he should be deported.

The spokesperson for Zimbabweans based in the diaspora, Pearl Matibe said:

Citizens who are concerned over the state of affairs in Zimbabwe just came together without being organised; this was an instinctive demonstration which is just a call on leaders to develop their own health institutions instead of looting taxpayers’ money to access healthcare in other countries.

The government of Zimbabwe has remained mum over the reports that Chiwenga was airlifted to South Africa. Minister for Information and Publicity Monica Mutsvangwa had this to say:

On Monday, the South African government denied reports that Chiwenga is admitted to the hospital in Cape Town. South Africa’s Department of Health in Western Cape said in a statement:

The Department of Health is aware that a group of Zimbabwean citizens have gathered at Groote Schuur Hospital to protest against the alleged treatment of Zimbabwean Vice-President Constantino Chiwenga at our health facility.

In honour of our commitment to patient confidentiality, we cannot discuss patient details, however, we can confirm that he was not or currently is an inpatient at the hospital.

While we understand the concern of the Zimbabwean community, we need to balance this with the rights of other patients to receive care.