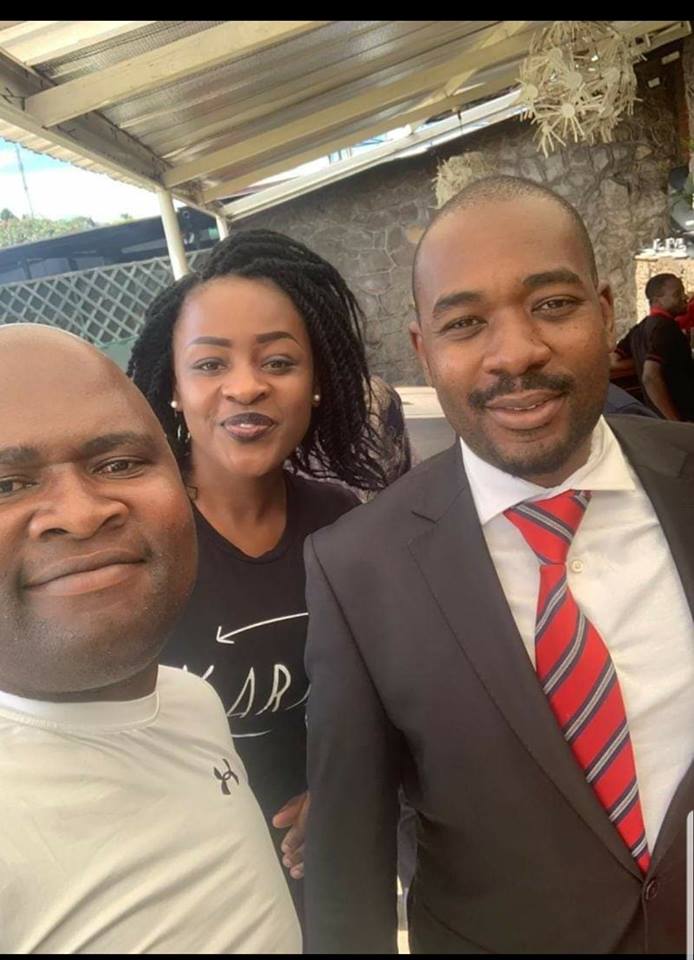 MDC Alliance president Nelson Chamisa refuted allegations that he was having an extra-marital affair with a Harare woman.

A ZANU PF spin doctor, whose Facebook name is Jones Musara attached a photo on his Facebook page showing Chamisa with a young woman. Musara castigated Chamisa for being  “fixated on (extra-marital affairs) instead of nation-building”. Musara wrote:

Latest V11 showing that Chamisa is fixated on stonyeni instead of nation building hence he is not Presidential material: Nude video of kanjiva kake!

In response to the allegations Chamisa wrote:

Please be truthful. This photo was actually taken at some restaurant on Saturday last week where I was having lunch with the legend Thomas Mapfumo. I also had the pleasure of meeting the young musician Enzo of the Kanjiva fame for the first time.

I don’t expect such embarrassing lies. I don’t even know that girl whom you, unfortunately, seek to diminish in standing. I’m not that filthy! Ngativake Zimbabwe nerudo kwete kuiputsa neruvengo!

I don’t even know the girl personally. Would it be fair to turn away a fellow Zimbabwean who request just a selfie? Kuti takosheiko? Only weak people invest in inventing weak lies and low propaganda.