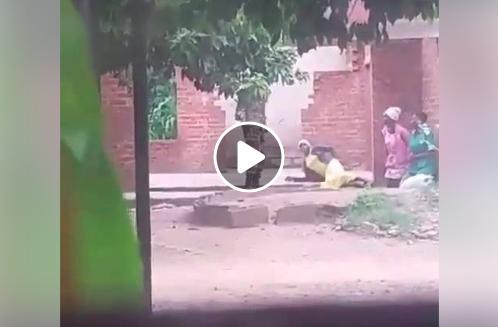 A video of women being assaulted by a uniformed soldier has surfaced and is circulating on social media platforms. It’s not clear when the amateur video was shot however suggestions are that it was sometime between 14 January 2019 and the current time.

The video shows 3 women, one of them laying down pleading with a soldier and the other two on their knees, then suddenly the soldier uses a long stick to hit the woman laying down. The camera shifts to two men apparently being made to crawling on all fours by another man in plain clothes. The soldier joins the plains clothes man in forcing the two men to crawl to a place not shown in the video.