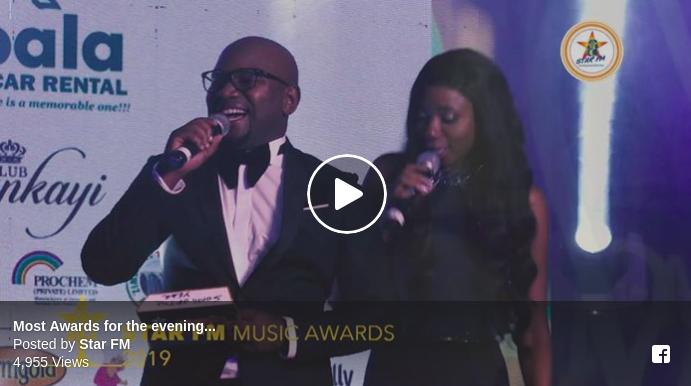 Star FM’s Inaugural Music Awards were held on the night of 1 February 2019. The artist that took the most awards home was ExQ. He was nominated 6 times and he won 5 awards.

He got prizes of US$1,000 cash, and a trip to South Africa with R10,000 spending money courtesy of headline sponsors Impala Car Rental.

EX-Q is an Urban Grooves artist who rose to fame in 2000 after releasing his hit song 'Musalala'. From then onwards, EX-Q has been a force to reckon with, releasing singles and some of those singles include 'Pandakakuona', 'Ndichakutevera', 'Mazirudo' and 'Tezvara varamba'. He has... Read More About Exq