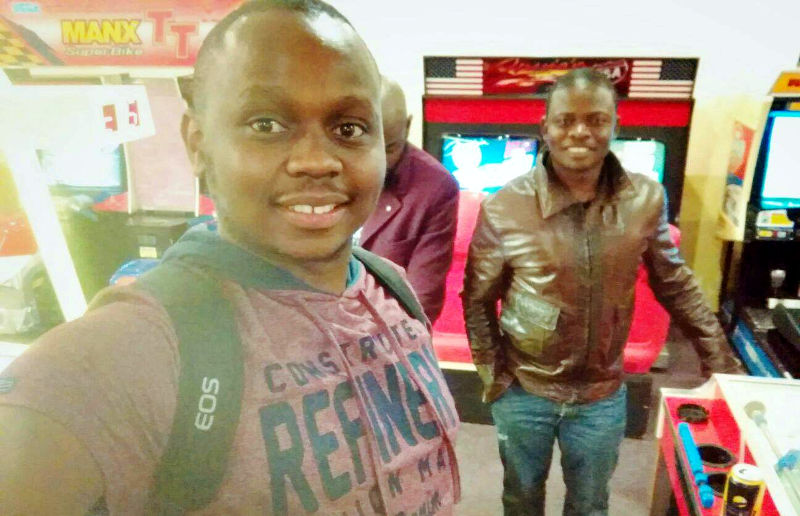 Prominent Zimbabwean journalist, Maynard Manyowa, has said that his relationship with the arrested leader of Enlightened Christian Gathering Prophet Shepherd Bushiri, is that of father and son.

Manyowa is the founder of a publication called Khuluma Africa and is known for his role as the External Relations Manager for Bushiri’s church. This week, following the arrest of Bushiri on fraud and money laundering charges in South Africa, Manyowa said that his relationship with the leader is more than just a professional one.

I stand with you, not as the ERM, but as a son. Moments like these, over the last 5 years, long before anyone knew i was your son.

I love you Dad. And i say this not as your press guy, but as a son who has travelled the world with you and watched you change lives. As i said yesterday, on the basis of what i know, you will climb this mountain and stand on its summit.

In our family we do not stress, we relax!

It is common for some Christian evangelical congregants in Africa to refer to their church leader as ‘Father’, ‘Papa’ or just ‘Dad’. Roman Catholic priests are also referred to by their congregants as ‘Father’.

Car radios
US $55.00 Bulawayo
Laminator A4
US $70.00 Harare
Mobile Barber
US $2.00 Bulawayo
Air Freshener with Dispenser
US $15.00 Harare
Repair of Plastic water tanks
Harare
Mandarin (Chinese) call in lessons
US $20.00 Harare
🧱 Building Material Available in and around Harare
Harare
Pest control
US $10.00 Bulawayo