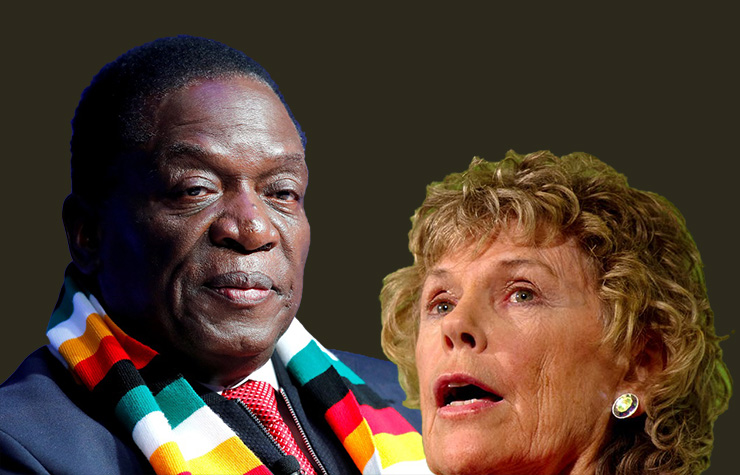 Heoy urged her government to suspend its re-engagement program with Zimbabwe because of recent human rights violations perpetrated by members of the security forces. She called for the imposition of a travel ban on President Emmerson Mnangagwa. However, Mangwana said Hoey’s utterances should be disregarded. Said Mangwana:

It is comforting (that) the British government has taken a more measured approach and respects our mutual desire for rapprochement. We also take note that Zimbabwe has its fair share of eccentric Members of Parliament who can come up with unenlightened utterances about foreign countries. The same way such ignorant utterances don’t reflect policy positions of the Government of Zimbabwe is the way utterances by Katey Hoey should be taken. We of course take note of her position as chair of the portfolio committee on Zimbabwe, but that does not elevate her utterances any higher than that of a crusader obsessing on her loathing of the party of Government and its leadership. There are no surprises there.