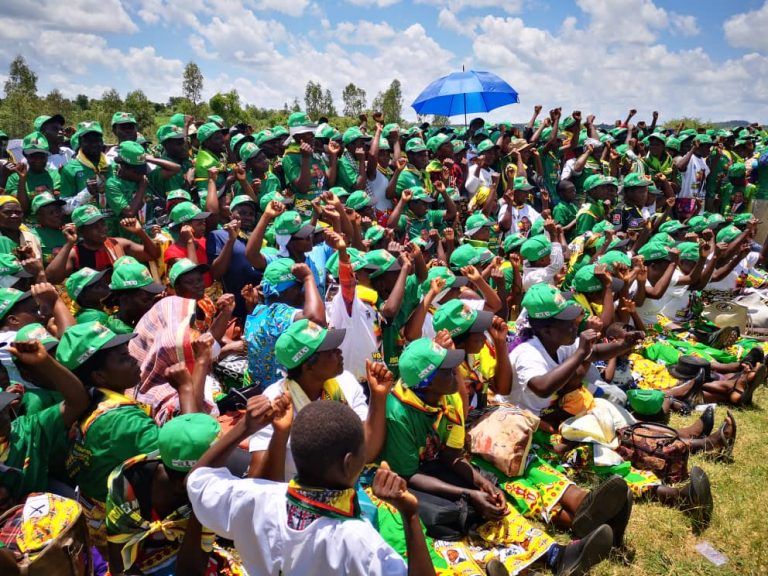 ZANU PF officials in Mutare are allegedly selling party regalia that was sourced for the 2018 harmonised elections to Mozambique. ZANU PF spent millions of dollars buying campaign material from China.

Now that the elections are over, party officials are selling the material to Mozambique where there is a ready market for wrapping cloth. This was revealed when a Mozambican national was caught trying to smuggle over 130 Zanu PF inscribed java wrapping cloths.

The Mozambican national identified as Dinis Jose, 36, of Pambanisa Manica, Mozambique was hauled before Mutare magistrate Tendai Mahwe recently where he pleaded guilty to charges of possessing property reasonably suspected of being stolen.

Jose was pardoned and deported to Mozambique. When asked why he was in possession of ZANU PF material, Jose said that he had bought the material in Sakubva flea market and intended to sell it in Mozambique.