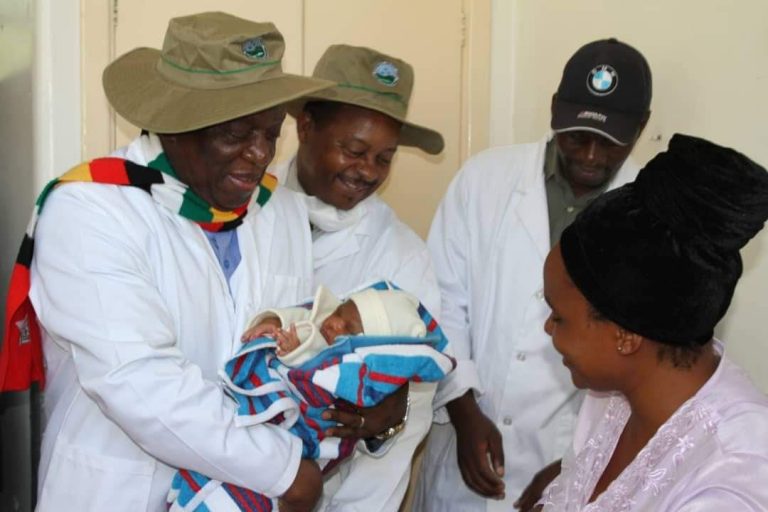 He visited the Mbuya Nehanda Maternity ward where he handed over a $400 gift to the family of Mrs Junior Dhliwayo Murehwa from Triangle. The young mother gave birth to twins on 6 January but she remained at the hospital because one of the boys was born underweight. The elated mother had this to say:

These are my first children and never expected this. This is a double blessing to me, first to have the twins and secondly meeting the President who then hands over a lot of money to me, in cash for that matter. I think the boys are blessed and the future is bright for them.

I have been here since January 6 and the money will be put to good use. I have a lot of things to cover and I thank the President for such a gesture.

Mnangagwa also gave $100 to Mrs Lacey Mbaluku who unfortunately had a stillbirth. She was nevertheless thankful of the President’s gesture.