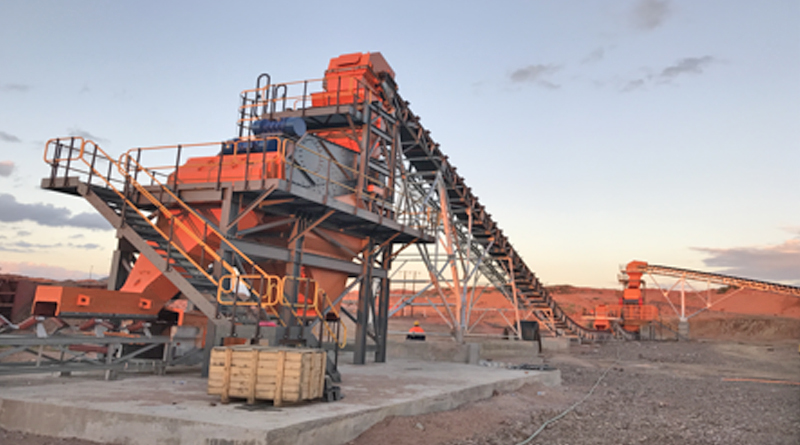 The incident occurred on January 15 when the country was rocking from violent protests according to an Independent report. ZCDC responded by firing 80 of its employees, accusing them of being involved in the heist.

The incident was confirmed by Mines Minister Winston Chitando in a press statement released on Thursday night. Said Chitando:

On January 19, there was an intrusion of unidentified people who entered into Portal A mining area of Zimbabwe Consolidated Diamond Company. They took with them some tailings from the dumps. For the record, tailings are the residue of ore which would have been processed to extract diamonds and for which there is no value attached.

This was an isolated incident which is being investigated by the police and which should not be viewed as a threat to diamond operations in Chiadzwa.
Until investigations by the police are concluded, there is no basis to speculate on the identity of the intruders and any speculation on such identity is premature.

However, an NGO report claims that the incident occurred about midnight on January 15. The report reads as follows:

The reaction security team called upon to contain the situation stood aloof until the looting exercise was over. The same group made an attempt on the diamond vault at the main plant the following night of 16 January 2019 around 1 am.

Eyewitness accounts reported that only eight men were in military uniform and the rest were in civilian clothes but armed with AK rifles.

After failing to break into the sorting room, the syndicate numbering up to 50 went for the stockpiled diamond ore. These rogue elements were caught on CCTV (closed-circuit television) camera, according to security sources at ZCDC.

Former President Robert Mugabe made a stunning revelation a few years back when he said that the country lost $15 billion worth of diamonds to looting. His successors have however dismissed the claim as mere hyperbole.