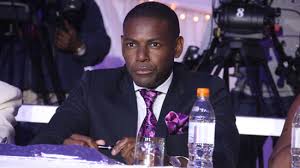 Frank Buyanga visited the wounded victims of state-terror in some hospitals last week. The businessman’s African Medallion Group (AMG) established a humanitarian department to help those who were wounded during the fuel protests. Said Buyanga:

Last week, we visited some of the victims in Zimbabwe, among the people we met included the woman who was shot in the leg, Patricia Kamuriwo, and who had to be carried in a wheelbarrow to get medical help.

In addition, Mr Felix Mafondokoto who was featured in the British Sky News report on Zimbabwe, was another victim whom we took to a private clinic, West End, for treatment and is now recovering at home with his loved ones.

We were deeply saddened by the violence that took place in our beloved nation of Zimbabwe.

More than a dozen people lost their lives during the January protests dubbed ShutDownZim. More than a thousand people were arrested including 36 children.