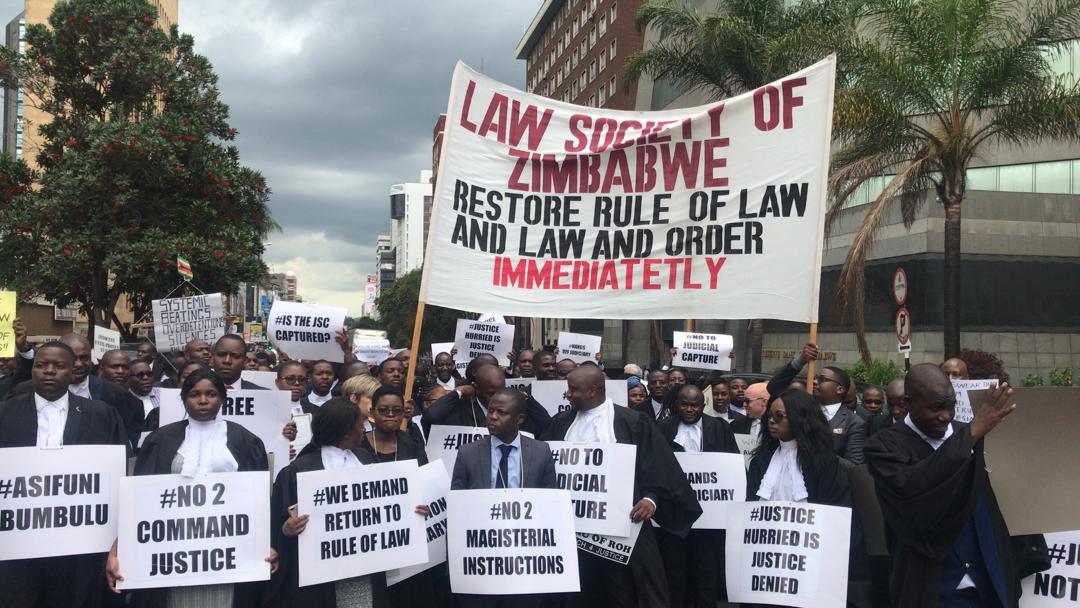 The American Bar Association (ABA)  President Bob Carlson has castigated Zimbabwe courts for the manner in which the trials of people suspected of public violence during last week’s protests have been fast-tracked. Below is the full statement:

The American Bar Association is deeply concerned about the ongoing unrest in Zimbabwe. While the ABA condemns acts of violence that occurred during recent public protests against the government, we are troubled over allegations of arbitrary arrests and the fast-tracking of trials without due process protections. These actions have no place in a democratic society.

Credible reports indicate that many of those arrested are being tried in groups of 50 or more and are being denied the right to bail and to effectively consult their lawyers. In some instances, lawyers reportedly have not been informed of the charges against their clients in advance, and it is unclear whether individualized proof of guilt is being required in these deeply flawed proceedings, in which several alleged protestors have already been convicted.

The ABA urges the government of Zimbabwe to immediately ensure that all the accused are afforded full due process of law, as guaranteed in Zimbabwe’s Constitution and relevant regional and international instruments. Without fair trials, trust in government and the rule of law collapses.

With more than 400,000 members, the American Bar Association is one of the largest voluntary professional membership organizations in the world. As the national voice of the legal profession, the ABA works to improve the administration of justice, promotes programs that assist lawyers and judges in their work, accredits law schools, provides continuing legal education, and works to build public understanding around the world of the importance of the rule of law.