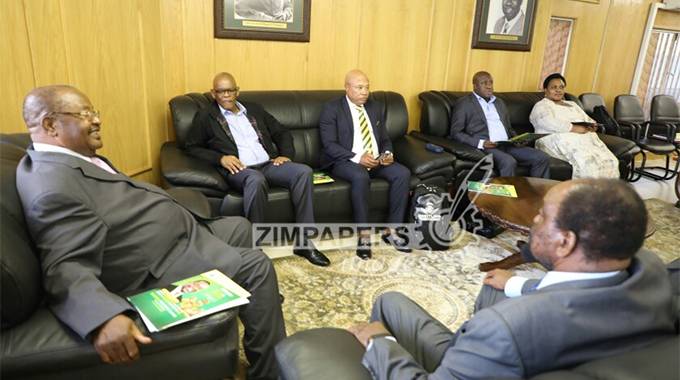 A high-powered delegation from South Africa’s African National Congress (ANC) touched down in Harare on Monday night where it will meet with ZANU PF party officials.

The Herald reports that the delegation is being led by ANC secretary general  Ace Magashule. Magashule was briefed about the current situation in the country by the ruling party secretary for administration Orbert Mpofu at Zanu PF Headquarters on Tuesday morning.

The other members in the delegation include Tony Yengeni, Thoko Didiza, Bongani Nongo, who are all ANC central committee members and Justice Phitso, the chief of staff to the secretary general’s office. Magashule had this to say:

We clearly understand the situation on the ground which is affecting your country and we want to move forward as former liberation movements in addressing your situation.

On his part, Mpofu said the two parties drank from the same revolutionary spring, which resulted in the emancipation of the region from colonial subjugation. Said Mpofu:

Our long walk to freedom as stated by your founding father Cde Nelson Rolihlahla Mandela still continues. As Zimbabwe, we have achieved one milestone in this journey of emancipation by ensuring that we take ownership of the land.

This precious resource which is very dear and sentimental to all Africans should not be taken for granted.

The visit by the ANC leaders comes when South African political leaders have castigated the Zimbabwean government for the brutal crackdown on protestors resulting in the death of at least 12 people, most of them having succumbed to gunshot wounds.