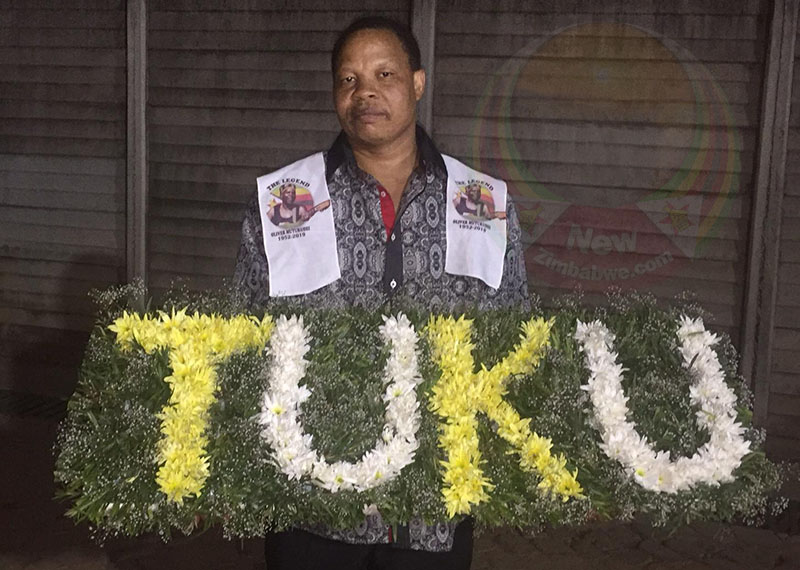 The Chief Executive Officer (CEO) of online publication, NewZimbabwe.com, Jeff Madzingo was reportedly detained by soldiers on Sunday during Mtukudzi’s funeral in Madziwa.

Police officers and military personnel who swamped the Mtukudzi homestead reportedly took away Madzingo’s phone accusing him of filming them. NewZimbabwe.com quotes Madzingo as saying:

They accused me of filming them with my mobile phone which I never did.

I was detained for more than two hours, being moved from one place to the other as they looked for senior commanders who were supposed to decide my fate.

I insisted that I had not filmed any soldiers. I even showed them what I had recorded but they still wouldn’t let me go.

I was eventually released after some colleagues gave the soldiers their IDs and guarantees which had been demanded. It was a very very terrible experience.

I made a sacrifice to come; flying in from the UK to celebrate the life of a legend, Zimbabwean icon and international icon, to pay my respects.

At the end of the day, I didn’t do much in terms of being present at the funeral.

I was literally in detention which was a very sad experience for me and I don’t see any justification for what I have had to go through.