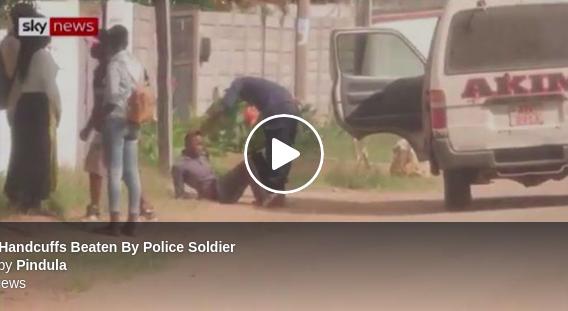 President Emmerson Mnangagwa has said that he was appalled by the sight of a policeman who was filmed beating a handcuffed man by SkyNews.

I was appalled by today’s @SkyNews report. That is not the Zimbabwean way. I have instructed that the individuals behind this be arrested and encourage all those impacted to contact the authorities and file an official complaint

The police and military crackdown on Zimbabweans start on 14 January 2019 after the violent protests throughout the country and has not stopped since. Despite Mnangagwa saying that an investigation would be held and heads would roll, several days ago, the crackdown has continued.