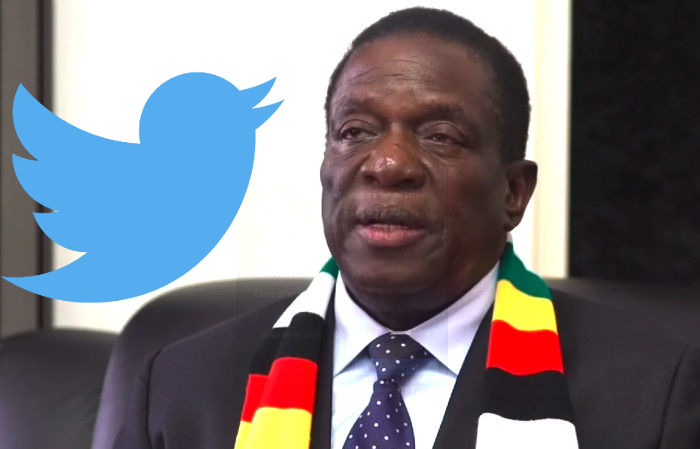 Earlier today, following a SkyNews video that shows a handcuffed man being brutalised by police, President Mnangagwa said he was appalled by the report and that he had instructed the individuals to be arrested. 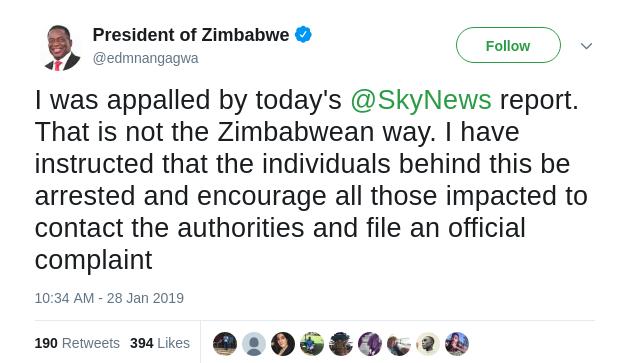 Here’s how some Zimbabweans responded to the President’s tweet:

The person that is behind bars being refused to see the lawyers…how can that person contact the authorities??? Tell me please tell me!!!

Are you in charge, sir? https://t.co/tqd8zCwWBK

With respect, the saddest part of this tweet is that you don’t know what’s going on in the country and have to hear about it on @SkyNews.

Additionally, the you have no power to order anyone to be arrested. This is the function of the Police and NPA, acting independently. https://t.co/3emafDCenN

This account is run by a bunch of tone deaf pple who are so stuck up in their quest to present E.D as a reformer that they are prepared to invent this fake E.D who doesn't exist anywhere else except on this handle! George Charamba was right, despite the protests by @InfoMinZW!

Dear President @edmnangagwa cure coup first and all lawlessness & abuse of power will come to an end. November 14 opened a window for the army to meddle in civilian matters unless that window is closed this will not stop. https://t.co/7BNy7jt3o4

It's a tactical statement by his tactical team. Call George Charamba to come & disown it!

No Sir! Stop playing these games with our lives. You know and you know what is happening. You are being extremely insincere & that's regrettable. We are no longer proud & safe to be Zimbabwean because of how your government is treating us. You are abusing us daily.

@edmnangagwa Report to the same authorities that are carrying out the beatings? https://t.co/BJhzMFjgeL