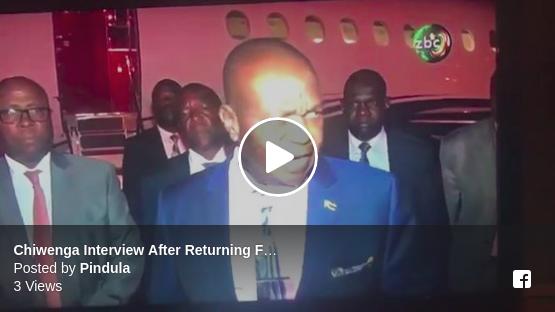 Vice President Constantino Chiwenga gave an interview this evening after returning from the Democratic Republic of Congo where he attended the inauguration of new president Félix Tshisekedi.

Chiwenga praised the DRC for running elections and having a “perfect” handover of power.

Quite impressive to see for the first time, the Congo having a change and handover which was quite perfect. Run the election, which has come from an election which had been run and where people were having so many doubts that would the election be done or not. And here is the election done. Yes there were.. as usual which is quite with ourselves mostly in Africa that we don’t want to accept. That one who lost the election, took to the matter to the constitutional court. The court sat and the court ruled that the winner was the winner and there was a handover, which was well done and well attended by the Congolese themselves and by all those who were invited

If a video does not show above, please click on this link.