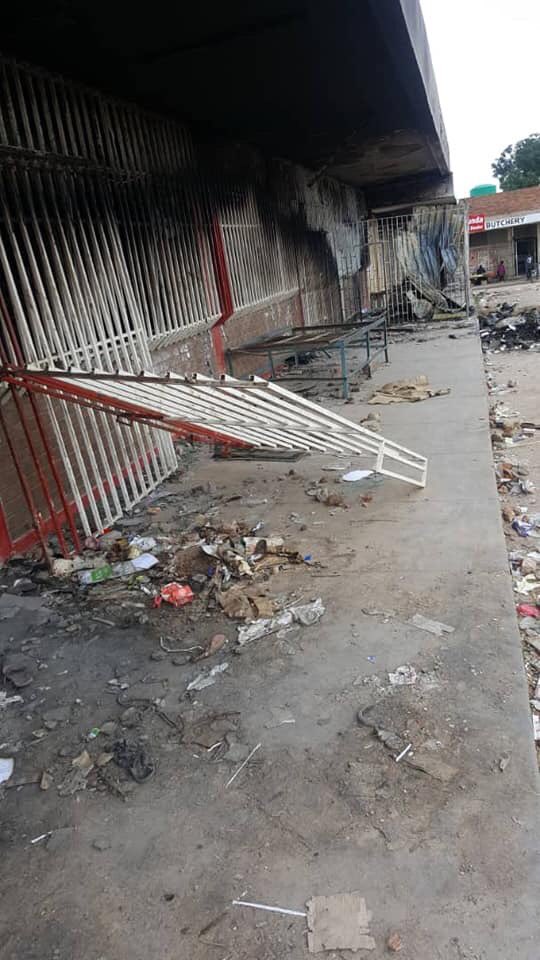 Suspected shop looters during the recent riots that rocked Bulawayo are reportedly bringing back goods that they stole, and in some cases dumping the goods into the bush.

A Bulawayo shopowner, Bulisani Tshuma, who owns Cover Supermarkets couldn’t believe his luck when people returned the goods that they had looted from his shops. He, however, denied ever using juju on them.

A woman who spoke to Sunday News confessed that she indeed returned the goods that she had stolen because she was petrified. She said:

Most of the people looted, I looted too but I decided to give police all the goods I took during the protest. I did not know that the owner of Cover Supermarket was one of the congregants at church (name withheld). I handed the goods fearing that something bad might happen to me.

Tshuma said that he did not use juju or black magic but is a devoted Christian. In an interview with Sunday News, Tshuma said:

Yes, people are returning the goods not directly to me or the shops but rather to the police. As a Christian like anyone if anything happens I pray and cry to God. What is so special about my prayer that they may return the goods?

… It is fortunate or unfortunate that when a black person succeeds in life they are given all forms of labels. They are also accused of having a certain force behind their success because our minds have been colonised to think that a black person cannot prosper without using some supernatural forces.