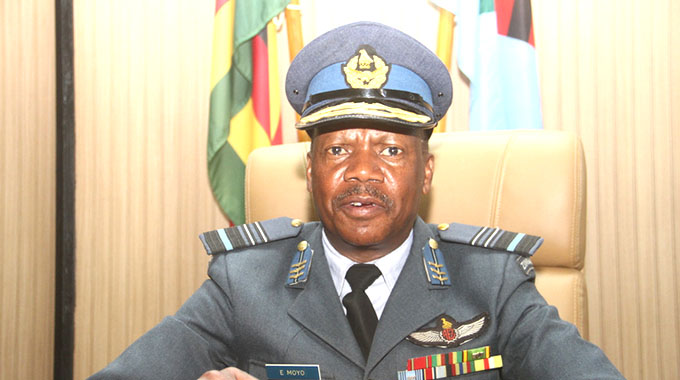 Airforce of Zimbabwe Commander, Air Marshal Elson Moyo admonished graduands of a Basic Officers’ Course to maintain high standards of professional discipline. Air Marshal Moyo said this while officiating at the graduation ceremony of the six Airforce officers who graduated having undergone the training in 2018. He said:

Discipline is the bedrock from which the Airforce of Zimbabwe has over the years scored numerous successes in military and humanitarian assistance and operations.

As a result, the Zimbabwe Defence Forces are known worldwide for our standards of military discipline as evidenced in operations that were carried out successfully in Mozambique, Angola, Somalia, DRC among other operations.

… We will not hesitate to take strict action on those who stray from the military rules and regulations.

The commander’s call comes when there has been an outcry over the army’s brutality in dealing with suspected violent protestors. There are reports of soldiers raping women and deliberately breaking the legs of MDC activists. The army has blamed the incidents on ‘rouge’ soldiers and deserters.