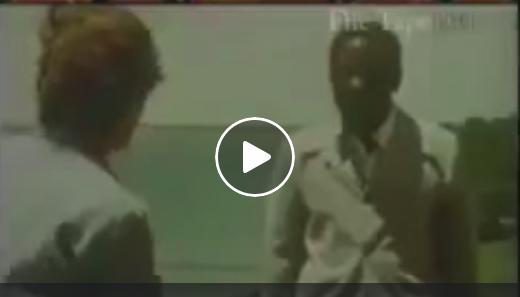 Speaking to a journalist before the 1980 independence, the late Dr. Eddison Zvobgo says if they’d come into power, the black majority government would not create a society where people are afraid of their own government.

Starting mid-January 2019, police and the army have executed a crackdown on the Zimbabweans, raiding homes door to door at night, taking men, beating them and sometimes handing them over to police stations.

The crackdown followed a day of protest that took place on 14 January 2019 after ZCTU called for a nationwide stayaway. During the protests shops were looted, roads barricaded and vehicles burnt. 12 people are reported to have died from crackdown campaign.