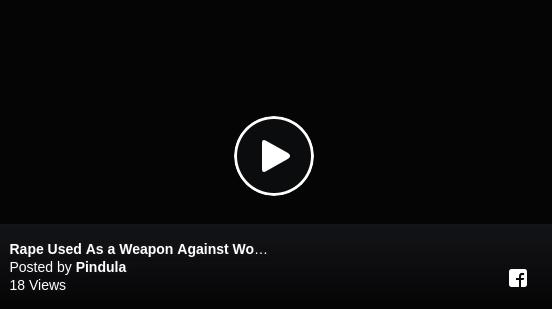 Reports are coming our that rape is being used as a weapon against women during the current crackdown on Zimbabweans by the military. Up to 11 women have reported cases of sexual abuse at the hands of the police & army. A Zimbabwean female minister has said that the reports will be investigated and that no stone will be left unturned.

Rape Used As a Weapon Against Women In Violent Crackdown

Reports of rape being used as a weapon on women in violent crackdown campaign by the police and army. The crackdown is continuing despite promises by Emmerson Mnangagwa that it deplorable and that investigations will be held and "heads will roll"

One Comment on “Watch: Reports Of Rape By Military, Police During Crackdown”