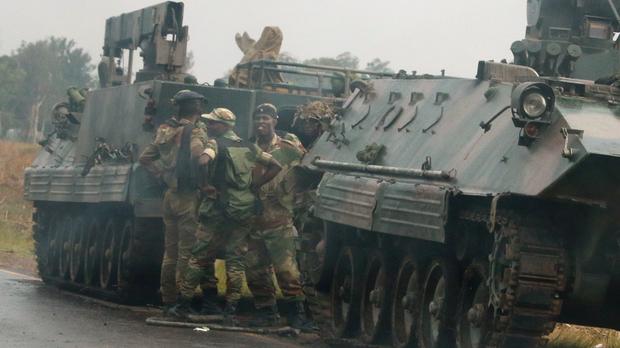 Former MP for Bulawayo South David Coltart does not believe that the people who ransacked shops and caused massive destruction in Bulawayo during the protests last week were mere civilians. In an interview with British broadcaster Sky News, Coltart said:

I have seen the destruction of food outlets on an industrial scale.

Some 80% of food outlets in working-class areas were destroyed. The capacity of these businesses to open again was effectively ended.

A resident of Bulawayo’s Nketa suburb called Clive narrated his ordeal at the hands of troops. He had this to say:

I met those guys. ‘Where you coming from?’ (they said).

(They said) lie down and then nine guys were hitting me. Baton sticks and everything. Come on, is this Zimbabwe?

Another resident of Bulawayo who spoke to Sky News gave his testimony of what transpired when he came face to face with the soldiers:

I was asking, ‘what did I do wrong?’ But they were continuously beating me and I don’t know what to do now because I am scared.