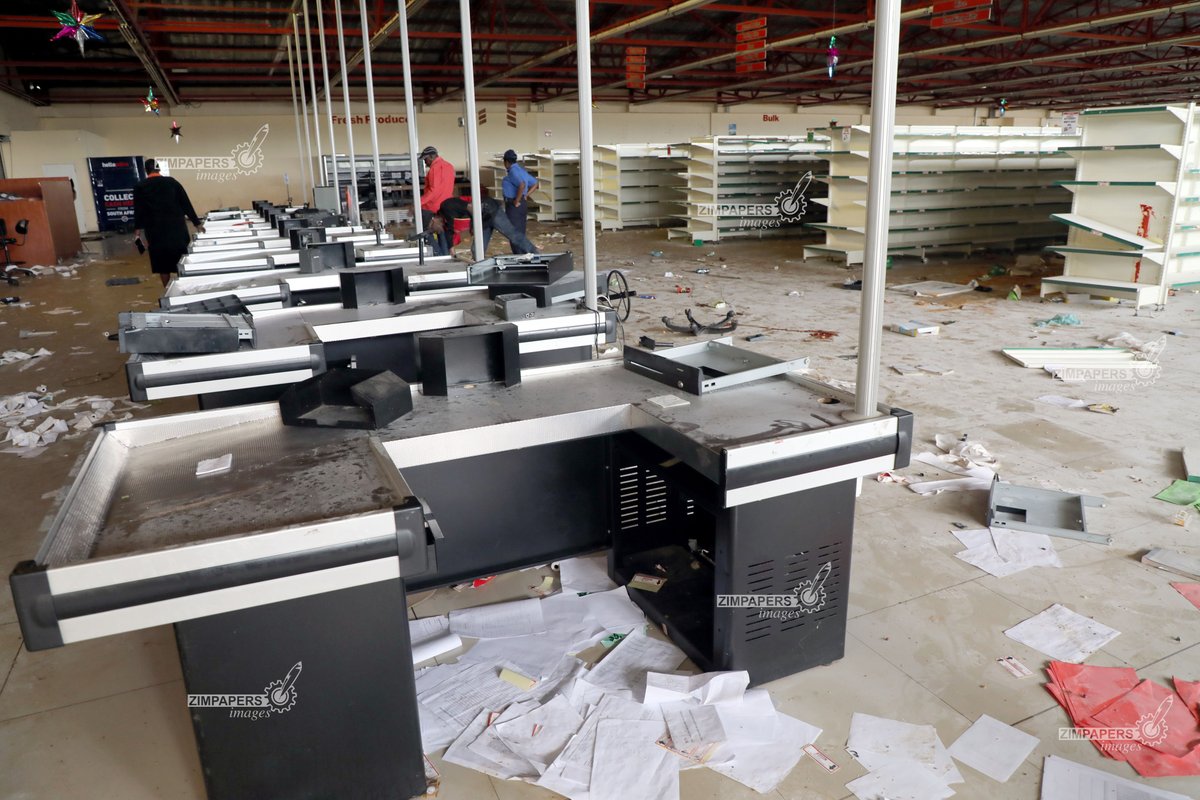 Multinational retail chain Choppies has revealed that it lost goods worth $10 million due to looting and arson during last week’s violent protests. In a statement released on Wednesday, Choppies group CEO Ramachandran Ottopathu said:

During the stay away disturbances, nine of our shops in Zimbabwe’s high-density areas were looted, with stock valued at approximately $2,5 million being forcibly taken away by the demonstrators.

Of the nine shops that were attacked, four were torched by yet to be identified suspects whom we hope the law would catch up within the very foreseeable future so that they can answer for their actions.

The total value of the equipment and assets that were destroyed by the fire has been put at close to about $6, 5 million.

It is not clear why Choppies was a major target for looting by protestors. One school of thought alleges that the retail chain’s links to the Mphoko family could have made it a target for looters and arsonists. However, Ottopathu said that the shops’ location in the high-density suburbs could have been a reason why they were a target. He said:

As Choppies, we took the route to bring shopping convenience to the people by locating these shops within the communities.

This was aimed at helping people reduce transport costs whenever they needed to make groceries.

We would like to state that this work of arsonists will not deter Choppies from its goal of ensuring that we bring grocery convenience to the people where they stay.