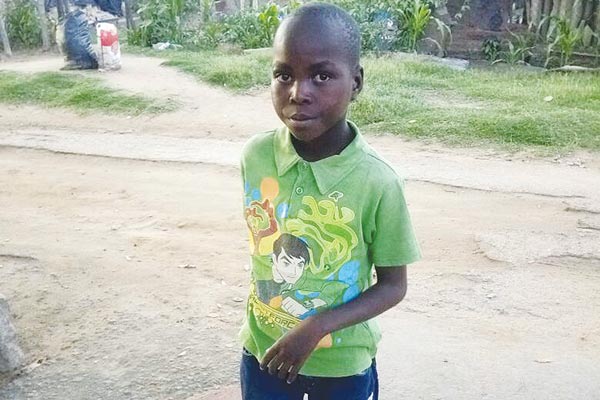 An 11-year-old boy went missing on Monday last week during the riots that broke out across the country. Tinotenda Purumero was last seen on the fateful day and his distraught father, Herbert Purumero, said that he had been searching for his son ever since.

Speaking from his home in St Mary’s, Mr Purumero who has three other children besides Tinotenda, said:

If anyone has seen him or knows what happened to Tinotenda on that day, please, let us know.

Tinotenda’s grandmother revealed that the young boy slipped out of the house and followed the crowds who were passing by. She said:

He woke up on Monday and I gave him clean clothes to wear, but when he saw the crowds passing by, he gave me the slip and followed. I only realised later that he had gone to the shops where all the chaos was.

He never came back. He is so young and my biggest concern is that he suffers from seizures and that makes it worse. He is out there somewhere alone.

The boy was last seen wearing a pair of black trousers, with white stripes and a colourful T-shirt. His father fears that he could have been arrested by the police. As A result, he now spends his time frequenting courts to check if his son is among the suspects arrested for violence and looting.