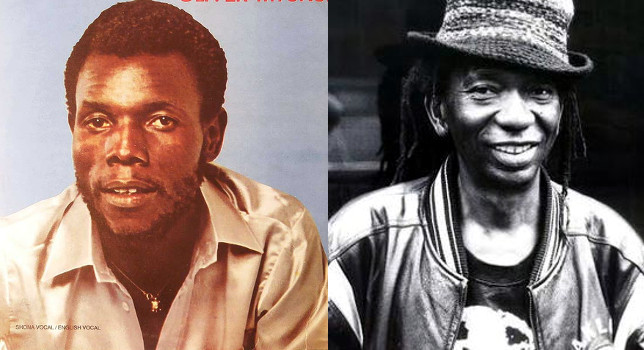 As Oliver Mtukudzi’s life is celebrated, we go down memory lane.

An interesting fact that most people don’t know about two of Zimbabwe’s most illustrious musicians, Oliver Mtukudzi and Thomas Mapfumo, is that they once played in the same band together. The band was called Wagon Wheels and it was back in 1977.

Thomas Mapfumo once narrated how they met and joined up together:

“I was coming from Mutare myself where we were contracted at a hotel in Dangamvura. When I returned to Harare, that’s when I met Oliver. He was practicing at James Bond’s place because this guy used to own equipment, so a lot of youngsters used to go there just to practice music. After I met Oliver, we had a short tour together. I was already singing my Shona music, and he was playing something strange… he was playing the guitar, singing a song like… we used to call the song Green for Go and Red for Stop.

“I said to him, ‘you guy, why don’t you sing in your mother’s language?’ He was a good guy, he took my advice. He even asked for one of my songs Tamba Zvako Marujata (Rova Ngoma Mutavara). It was a traditional tune, which I used to sing myself. He came to me and asked if he could record the music and I said you can go on and record it. It came out beautifully and everybody liked it, and I also thought it was a good song.”