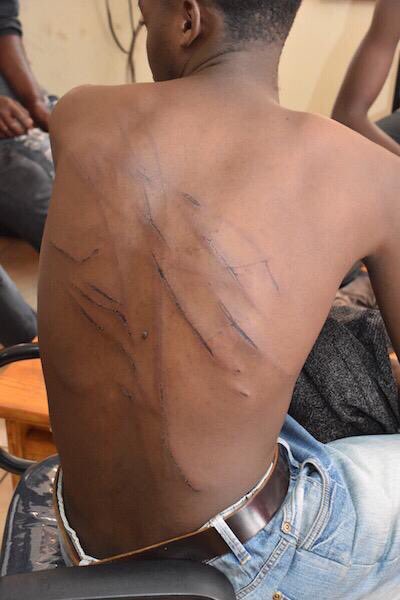 28 bruised and battered victims of torture by state security agents were arrested from a safe house in Harare where they were receiving treatment. They are expected to appear in court on Wednesday to face charges of violence and arson.

The victims’ lawyer, Kudzayi Kadzere, from the Zimbabwe Lawyers for Human Rights (ZLHR) said that the victims were accused of setting alight a Zupco bus that was burnt near the Whitehouse area during last week’s demonstrations. Said Kadzere:

They were arrested while receiving treatment at a house in Hatfield, which is a safe place where they were seen by the doctors. They were raided in the night, around midnight. They are seriously injured, but they were put in cells.

Some of them need continuous care from the doctors and for them to be removed from treatment to police cells is absolutely ridiculous.

The Newsday is reliably informed that the victims were beaten in Kuwadzana phase 3 on Sunday on accusations that they participated in the recent protests.

2 comments on “28 Bruised Victims Of State Terror Flushed Out Of ‘Safe House’, To Appear In Court Today”